Just a time out from The Word of the Day, The Electronic Music Piece of the Day Give-Away, musings about screenwriting, and political analysis. I thought it might be nice to upload a few seasonal pics I took over the last few days. 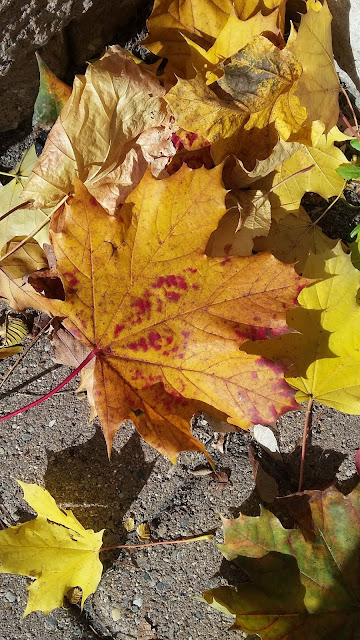 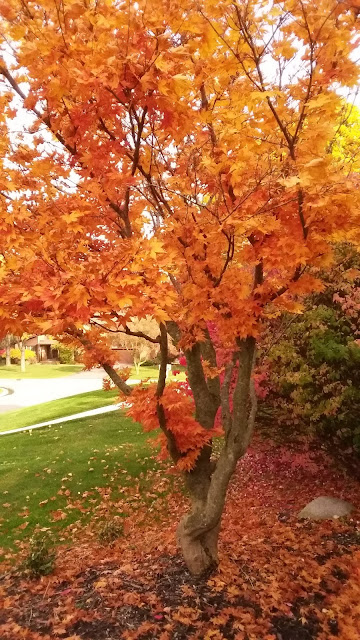 Today's piece, "The Aeon", is a tad more on the short, quiet, yet more Industrial side of 391 & the Army of Astraea's recent electronic music pieces hosted by Bandcamp. Enjoy.

My Dictionary; Word of the Day

The engagement of a ritual act or magic designed to negate the Christian ritual of Baptism. As in, "the Conjurer cast a spell of negarésmepyrignis, thus removing and negating the act of baptism enacted on the child."

Email ThisBlogThis!Share to TwitterShare to FacebookShare to Pinterest
Labels: My Dictionary; Word of the Day, Text

With the election over and Thanksgiving nigh, today marks the arrival of the third Bandcamp hosted 391 & the Army of Astraea Electronic Music Piece of the Day Give-Away on the Gauntlet, this time a track entitled "Limbic System".

My Dictionary; Word of the Day

The process of morphological transformation engaged by symbolically altering one's appearance through the utilization of some sort of costume, uniform or device, particularly of a military nature.

As in, "By donning his uniform, the warrior morphed from a man of regular appearance and qualities to a faceless instrument of warfare. In this his form became overtly acquiescent in regard to the motificial symbology of morphological transformation. He was no longer a man, but a machine."

Email ThisBlogThis!Share to TwitterShare to FacebookShare to Pinterest
Labels: My Dictionary; Word of the Day, Text

From the Writer's Studio: Characters

Characters in a story, novel, script...what have you, must fit together like intricately locked puzzle pieces, each boasting their own complicated shapes and surface color patterns. Even in tales that do not feature an ensemble cast, the primary character must be defined by the parameters of his or her reality and the other persons / characters, however limited in number, which he or she interacts with.

I find that where many scripts and films fail, is due to the writer, and subsequently, the director, not fully grasping the nature of the infrastructure that he or she has designed. Honestly, who hasn't found it super-frustrating to watch a film where all the characters are defined by their basic bio, or worse, their employment, and not WHO THEY ARE as people. The term usually applied is "cardboard characters", and for good reason, they are flimsy and disposable, cut from a ready-made mold. This is not to disparage banging the archetype gong, for surely, Neo as Jesus-Buddha, or the almost ancient mythological epic arch of the Star Wars reality are not to be trifled with.

At this point, I have either created, or co-created, a vibrant array of characters numbered literally in the multiple hundreds, and I have set them in the dozens and dozens of universes I have likewise constructed, along with the developing episodic story architecture or act structure of the work. I possess a great affection for the vast majority of them, and I often imagine what one of them would do in a given situation versus another character, sometimes even swapping out incompatible universes in my mind.

Characters should have a life of their own. As a writer you should find yourself quoting them as if you overheard something they said in the past, and that you find clever and fresh upon remembering it.

Is that nuts on some level? Sure. Without a doubt. But, if you are the god of your universes, then, at least for me, I am a god who allows characters to grow organically once their seed is planted. Likewise, I expect the character to experience further growth when an actor contributes his or her input in executing the creature in the visual medium.

Let's look at a simple example. There is a spider scurrying across a table top. Why is it scurrying? What is he or she thinking about? Is there an insect on the table top that he or she is hunting? Is there another spider he or she wishes to mate with, or is fleeing from? How old is the spider? What brought it to this point? Is he or she the last of his or her brothers and sisters? And, most importantly, what is the temperament of the spider. Clearly, the spider is not just a spider, but you get the idea. Don't focus on the fact that the spider is a spider, we all know that!
Posted by Ira Rosenblum at 12:01:00 PM No comments: