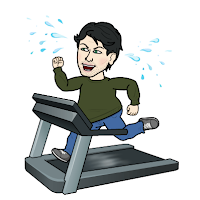 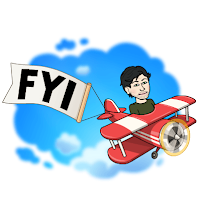 Hello everyone and welcome back to the Gauntlet of Balthazar for a weird one that's either some unbridled sharing, or extreme narcissism, depending on how you look at it. I 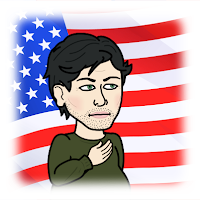 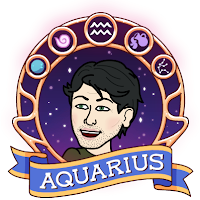 figured at this point I might as well just spell out some personal incidentals, 'cuz frankly, as a struggling artist whose trying to be "out there", my goal from the start was to promote myself - not to hide. And so, with very little ado, here it goes... 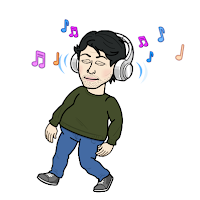 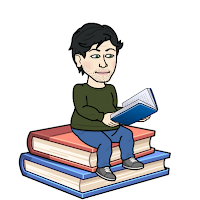 I was born in Islip / Plainview, Long Island, New York, USA. My eye color is Hazel (nice and rare). My blood type is B+ (about 8% of the population - so also rare, at least in the US). My Y-DNA Haplogroup is J-L70 (previously known as J2), and lastly, I'm right-handed.

The stuff that's true, but I hate to admit it 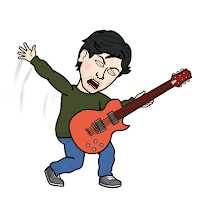 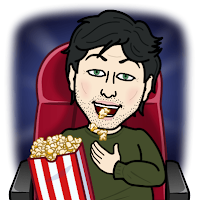 My Chinese Zodiac Sign is the Snake. My Western Zodiac Sign is Aquarius. My Numerology is 30/3 (far too sensitive). My Tarot card is The Tower. And lastly, my Myers-Briggs Personality type is INTJ - the architect (which probably explains why I like world creation and business mechanism design).

The beliefs that give structure to my madness 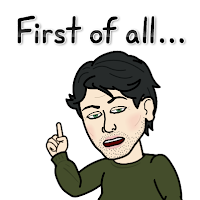 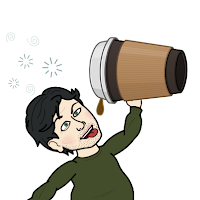 Politically I describe myself as a "Neo-Whig" (which one could describe as a Right-Leaning Libertarian. But since the Libertarian Party can't get it together, I have remained a registered Republican for the last 30 years or so). Socially I am a Classical Liberal Conservative (which means I have no interest in what anyone does behind closed doors as long as it doesn't hurt anyone and everyone is a consenting adult. Saying that, I do have a traditionalist streak. Economically I am an Anarcho-Libertarian Capitalist (which is a school that dictates extreme free market entrepreneurial capitalism within a legal framework versus the globalist corporatism of the Neo-Libs and Neo-Cons. Culturally I describe myself as Jabotinskyite Zionist (after Zev Jabotinsky - who was an early 20th century anti-socialist, secular revisionist Zionist leader who advocated a socio-cultural code known as "Hadar" - or "Jewish honor", as well as Jewish and Arab integration in the State of Israel). Religiously I'm a weird bird, and at best I describe myself as being Judeo-Pagan. 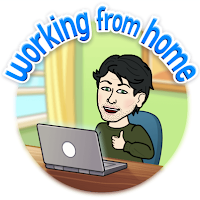 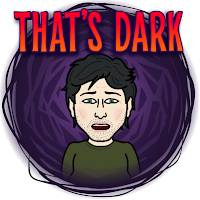 What I'm listening to
The last vinyl album I purchased was Morrissey's "I am Not a Dog on a Chain". The last CD I purchased was Avenged Sevenfold's "The Stage". The last music I downloaded was Badflower's "Ok, I'm Sick". The last band playlist I cued up on Pandora was Muse.

Food and Drink
My favorite coffee beverage is the marzipan cappuccino made at Espresso Elevado in Plymouth, Michigan. My favorite home brewed coffee is Illy Ground Espresso Medium roast with fat free condensed milk. My "go to" tea is PG Tips. My "go to" cocktail is the White Russian. My favorite dessert is the Kheer (Indian Rice Pudding) at Curry in a Hurry in New York City, though Knefeh (Arabic cheese pastry) runs a close second. My favorite Asian cuisine is Vietnamese. My least favorite Asian cuisine is Korean.

Firsts
My first job was as a delivery boy for a midtown Manhattan gourmet restaurant / cafe at the age of 15. The first concert I attended was the '60's-70's Scottish proto-metal band Slade at the Fillmore East (I was three years old).

Weird facts
I have created several synthetic languages and, bonus, dialects of those languages. I taught myself calculus when I was figuring out P&L tables. I didn't describe myself as a writer / screenwriter until the age of 42, even though I has written parts of books, articles, screenplays, and had completed two novels and novellas. I started to learn guitar at the age of 13, but quit, and then took it up again at the age of 18. I almost lost sight in one eye when I was child. I've read the Quran, the Vedas, the Gnostic Gospels, and placed in a (Jewish) bible study contest when I was a child. I have uncanny aim with bow-and-arrow. Relatedly, I own a few swords. I really enjoy studying endangered and extinct languages. And lastly, it was totally normal to eat chicken feet when I was growing up.

What I'm working on right now
Writing and Film: I'm currently working on the script for Nevekari Enterprise's Hard-Sci-Fi series Sovereignty (Episode 1.04 "Titan"). I'm also editing the film for Nevekari's Sovereignty Promo #2 (otherwise known as the Robert Adam Malleson Bio Reel). Music: I'm currently recording tracks for an album titled "Five Year Plan", which is a collection of anti-Marxist-Socialist-Communist-Soviet industrial-electronic tunes by 391 & the Army of Astraea. I'm also adding tracks to a second Sovereignty EP. I am currently also compiling and remixing tracks for two retro music compilations: The first is a 391 & the Army of Astraea compilation of songs recorded in the 1980's and 1990's called "Lost Tracks Found", and the second is a compilation of archival Stubborn God Productions pieces titled "Working Backwards: A Collection of Collaborations".

Just a little add-on here. If you enjoy the content of this blog - the art, the commentary on writing or politics, the music and pic uploads, etc., etc., I can't urge you enough to subscribe to the Nevekari Enterprises Youtube Channel. It helps us immeasurably. Thanks!
Posted by Ira Rosenblum at 4:20:00 PM No comments:

Email ThisBlogThis!Share to TwitterShare to FacebookShare to Pinterest
Labels: Miscellaneous

From the Writer's Studio: The End of The Clone Wars - Season 7 Observations and Other Star Wars Musings

Hello and welcome to, or back to, the Mighty Gauntlet of Balthazar for another installment of the "From the Writer's Studio" feature here, and a look at yet another piece of uber-popular Science-Fiction...well Science-Fantasy, media. 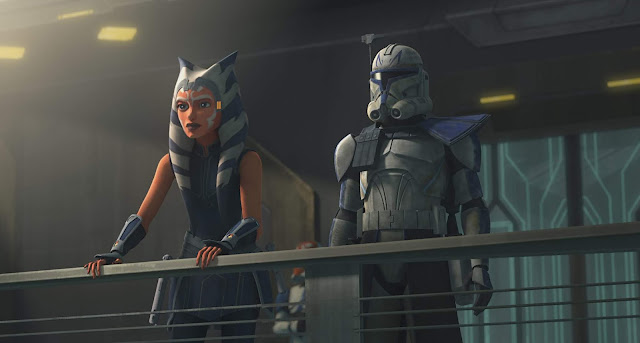 With May the 4th (May the Forth Be With You) as well as May the 5th (Revenge of the Fifth) passing just a short time ago, a boat-load of Star Wars upcoming releases, and info therein, was divulged by the folks at Disney and Lukasfilm Ltd. I guess they did this in order to help celebrate the franchise's fan created "holiday", and doubtlessly, to promote the upcoming Star Wars heavy direction of their Disney+ subscription streaming service.

In addition to continued rumors of a forthcoming side-story feature film slated to stand beside Rogue One and Solo, Disney confirmed the date of the second season of the live action western-themed "The Mandalorian" (which I'll mention later), a sequel to Star Wars: Rebels, as well as a new "female-centered" animated series.

In the dismal aftermath of the debacle of Star Wars: Resistance, fans of all stripes must admit that all of these endeavors do indeed seem promising, and no shock here...have fired up the hardcore Star Wars geek-base. 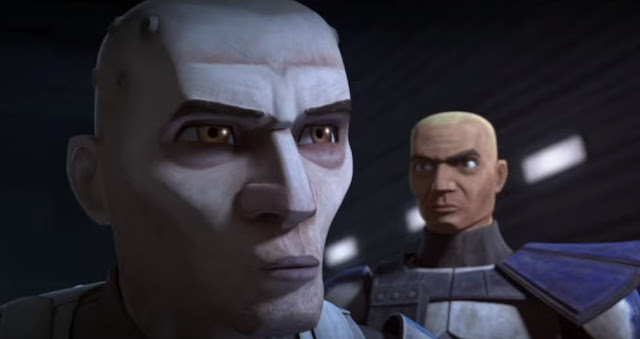 I must say that I really did enjoy the remaining episodes of The Mandalorian season one, and even started to dwell on what events might be depicted in the next season. First and foremost I came to suspect that the loose end of Star Wars: Rebels, that of Ahsoka Tano and Sabine Wren searching for the seemingly lost Jedi apprentice Ezra Bridger, might play into live action in The Mandalorian - which has now been confirmed, as well as the casting of Rosario Dawson to play Ahsoka.

I'm not sure if the so-called "female-centered" animated series will also feature an older Ahsoka (and Sabine and Rex), or if this is some virtue-signalling "The Force is Female" Intersectional endeavor that will focus on stereotypical feminist tropes in exchange for botched story content, but we'll see. Let's hope that our faith in David Filoni and Jon Favreau has not been misplaced! And let us never forget that irregardless of the inept attempts at patriarchy-bashing, Star Wars, even when it was "The Last Star-Fighter" script in 1974, was never sexist or racist. I mean, hello, calling Princess Leia...the boss.

Anyway, what has been released in its entirety is an additional season of Star Wars: The Clone Wars animated series. The Clone Wars originally aired from 2008-2014 for six seasons, and though I am no great fan of animation, the series put the live action films, such as Star Wars: The Revenge of the Sith to shame. The two main reasons I think the series was so successful over the film in question is one; the pacing of Anakin Skywalker's descent into the hands of Chancellor Palpatine / Darth Sidious, and two; the focus on characters not featured in the Lukas prequel films - particularly Clone Captain Rex and Anakin Skywalker's erstwhile pupil Ahsoka Tano. 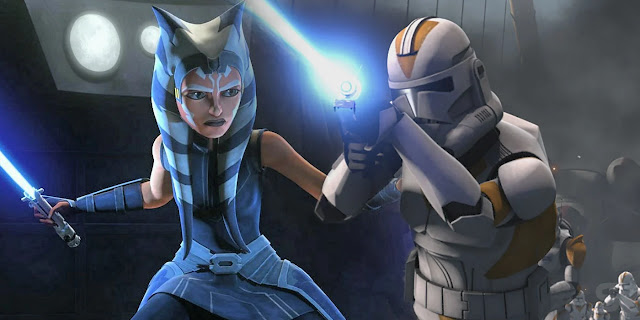 The events depicted in season seven of The Clone Wars were specifically written to interpolate with the history presented in The Revenge of the Sith film and culminates after the issuance of Order 66, the fall of the Republic, and Anakin's full trans- formation into Darth Vader. In structure the twelve episodes are divided into three sections of four episodes, which I would describe as: 1. Missing in action and tortured Clone Trooper Echo's Story (really a Rex story), 2. Ahsoka's journey to find herself after leaving the Jedi (a bit of Thelma and Louise), and 3. The Siege of Mandalore, which was the final battle of the Clone War (didn't you know?).

Interestingly, Ahsoka makes her way back to the Jedi's by episode nine, but does not officially rejoin the order, which, like her original break from Anakin, et al, could easily suggest that this is the reason she was not slain with the other Jedi during Order 66. However, it seems once a Jedi, always a Jedi, at least to the Sith.

Ironically it is Ahsoka who is leader of the assault on Mandalore, forcing the Republic to break hundreds of years of Mandalorian neutrality by having the Clones interfere in the Mandalorian Civil War between the Adherents of Darth Maul and the loyalists and militant Death Watch faction. In the end, one could easily blame Ahsoka for the later occupation (and destruction) of Mandalore by the Empire, as the Clones invasion occurs literally days before the demise of the Jedi and reorganization of the Republic into the Galactic Empire. Soon the Clones would be replaced by the Storm-troopers, and well, you know.

Nonetheless, whether Ahsoka blames herself for the destruction of Mandalore doesn't seem like a theme, but she does escape the Jedi death order with the help of Darth "the enemy of my enemy is my friend" Maul, and Captain Rex - and as an upshot we learn how Rex came to have his inhibitor chip removed, and thus why he appears in later events.

In the end the tragic fate of Anakin, the dissolution of the Republic, and Ahsoka and Rex's flight into exile makes the conclusion of Clone Wars not just saddening, but it is a near perfect literary bow on the top of the circular story-telling of the endless cyclical struggle between Jedi and Sith, the light and the dark, good versus evil, etc., etc.

In other words, if you're a Star Wars fan: see it!