Sculpture Garden: A Return to Astraea 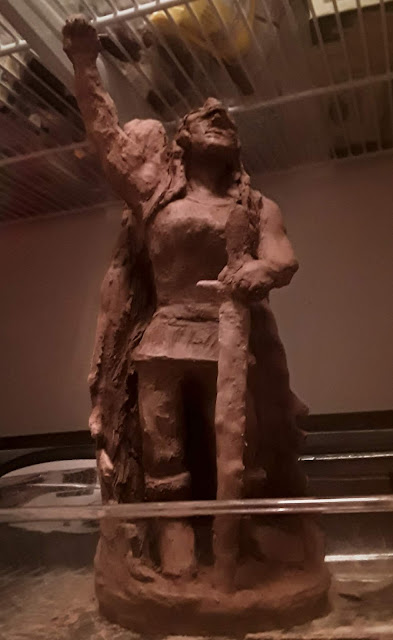 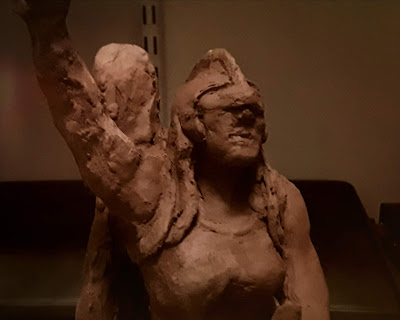 I have to admit that it's been quite a while since I posted anything in the "Sculpture Garden" category here on the Gauntlet of Balthazar, but as I did just so happen to finish yet another deity-inspired figurine amid script-writing, film editing, and music projects, just a few days ago, I thought, hey, why not?

As far as the fodder for this "portrait" goes, this little lady is a frequently referred to subject of mine, and is a triumphantly posed, and ubiquitously blindfolded, Astraea, the goddess of Justice, winged and holding a waist high two-handed sword  in front of her contrapuntal frame.

To be totally honest this specific project was fraught with problems from the start, as the clay I used was quite old and was in need of hydrating, and constant re-hydrating, throughout the process.

The result of this was that a bevy of was difficulties plagued the crafting of this statuette, including frequent breakage (thank goodness for toothpicks and gorilla glue!), and a lack of suppleness, which of course impeded as preferred level of detailing. Hence why she is not as delicately feminine as I usually choose to render her.

Regardless, I think it came out, uh, okay, for a piece that was so difficult to force into being. 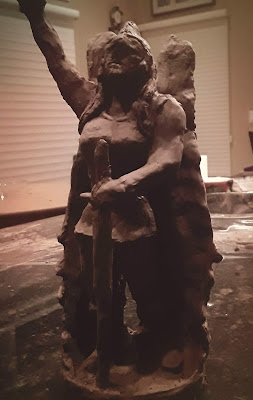 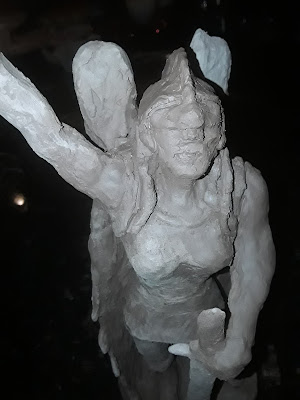 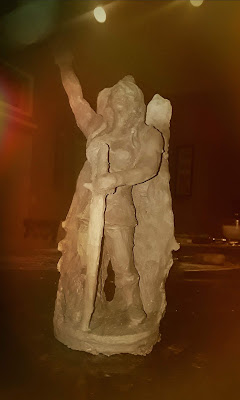 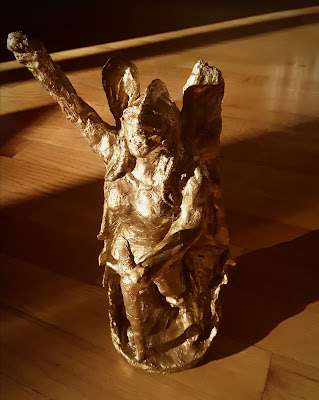 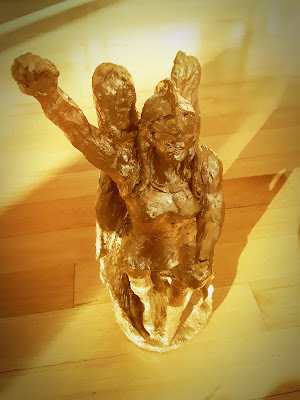 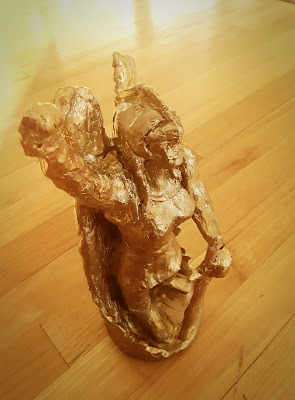