Brexit Update and the Punk Rockers

Today is the day (long awaited by some) that a letter invoking Article 50, and signed by British Prime Minister Theresa May, will be hand delivered by Britain's European Union ambassador, Sir Timothy Barrow, to European Council President Donald Tusk. The importance of this missive cannot be understated, because the document officially declares the United Kingdom's formal intention to divorce itself from the European Union. Since the contentious referendum nine months ago, the people of the Isles have been sharply divided by the issue, along the same lines as we have seen in the United States in the wake of the rise and election of Donald Trump to the presidency, and the epic fail of the Democratic National Committee and their anointed corporatist shill, Ms. Hillary Clinton.

May has asked that Tory members of Parliament not openly celebrate the event, which some have described as "Christmas-like" for them. She requests this specifically in order to avoid triggering the delicate feelings of leftist snowflakes, and to allow the country, in her words, the opportunity to "come together". Needless to say, if festivities do occur, the left will attempt to ruin them, as they did with several inauguration balls in Washington D.C.. I expect this is so because, as we have seen, Socialist-Nanny State supporters seem to be compelled to regulate the hearts and minds of those on their side, and well, everyone else. It's actually quite sad that they have a problem abiding varying beliefs, free of their scorn, except in cases where they feel too great a level of fear or guilt to continue their invective, as we have repeatedly seen with the left's apologetic placating of radical Islam. 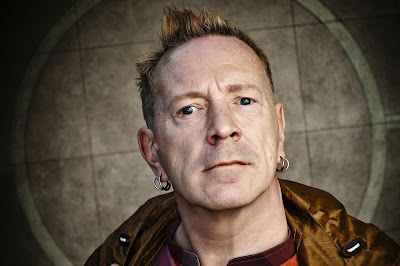 I think a smashing microcosm of the issue can be demonstrably seen in the political stances of two of the most familiar and seminal figures of the first wave of British Punk Rock. For those of you who are Punks, were Punks, retro-actively like Punk, or just understand the history of music and politics in the late 1970's, it will probably come as no surprise who these two figures are, but I'll spoil the wait right here and divulge, it's John Lydon (a.k.a. Johnny Rotten) of the Sex Pistols and P.I.L., and Mick Jones of The Clash, Big Audio Dynamite and Carbon.

For years I have seen music journalists turn on Lydon, viewing him as an opportunist, and a conniving businessman cut from the same cloth of U.K. Punks first great hype-man, Malcolm McLaren. McLaren essentially shaped the Sex Pistols with the aid of Bernie Rhodes, ironically, the future manager of The Clash. Be that as it may, the Clash were always seen as more "earnest" Punks than the Pistols, who as I already specified, were perceived as more opportunistic. The key difference here was that the politics of the Clash, its surviving songwriter, Mick Jones was definitively Socialist, if not Communist. 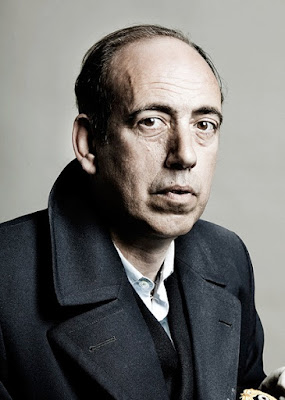 For many Punks the association of leftist politics with Punk quickly became synonymous, just as many (non-Punks, and some Punks) also mistook fashion for sensibility. This is not to say that a non-Socialist Punk singer could not spout almost the same vitriolic rants against the status quo as a one with one beholding to the Socialist agenda, but the issue was more of a "so once you achieve Anarchy, what will follow?" The answer for Jones and band-mates was simple it was to facilitate and co-op the state to service the people. The answer for Lydon was also clear, he was/is is a provocateur for provocation's sake, a contrarian for the sake of being contrary. He wanted to bring the system down in order to be free to do what he wanted to do, and frankly what more than money allows you to do just that. With abundant cash, you can go, and do, what you will. Without it, you are dependent on the government, and governments are very skilled at making dependent citizens jump through the hoops they want them to.

Press and Punks alike consistently labelled Lydon as a "Sell Out", even though some of early, and almost atonal, albums with P.I.L. in the early 1980's would have at best achieved cult status, had his name, and marketing appeal, not been attached to the project. This was not to say that The Clash did not score some major "Pop" hits. Quite the contrary they did very well. Today Jones' Net Worth is estimated to be valued at not so austere sum of some $10 Million USD. Contrarily, while Lydon's wealth has had some ups and downs his net worth is currently estimated at approximately $215 Million USD, thanks not only to his recording and live performances, but real estate holdings, a fat stock portfolio, and even a clothing and perfume line. He took in $75 million in the last 13 months alone, and why should he stop there?

Perhaps not surprisingly, Johnny recently came out in support of Brexit, Nigel Farage and even, gasp, Donald Trump. Doubtlessly, this will just further seal his fate of traitorous damnation to leftists the world over, and conversely, they will continue to fawn over Jones, regardless of the redundancy and irrelevancy of his current projects. They won't buy his records, but he's a true believer. Right?

So, I guess the question one must ask one's self, if one is a Punk at heart, is "Wasn't Punk about Anarchy? Wasn't it all about grabbing the freedom to express yourself in any way you wanted? When did being a Punk mean that you had to ascribe to another conformity, and keep the same "approved" haircut, and walk around with a guitar in one hand and copy of Das Kapital in the other?

I applaud Lydon for holding true to his contrarianism, his agent provocateur status, and if he wants to accrue wealth, good for him. Perhaps he'll celebrate Brexit, or maybe not, maybe leftists would be glad to hear that he gives charity to the less fortunate, but maybe he doesn't. That's his business, and that's what Punk was/is truly about. Do what you want to do when you want to do it and don't let anyone tell you otherwise or stand in your way.

Bravo, Mr. Lydon, apparently there actually is a future.