My Favorite YouTube Vloggers and Commentators: Part One - My Main Dudes

Though I'm not the most avid fan of competitions, I do so like inventorying and cataloguing pretty much everything in an admittedly obsessive compulsive disorder kind of way. And so, I thought it might be nice to post a multi-part compendium of the YouTube Vloggers and commentators I am most entertained by, and who I find relate cogent political and sociological analysis. I'll try to describe each as best I can, and I will include links to their homepages. This will be a multiple-installment endeavor, broken down into "MY MAIN DUDES", "THE SMART HOT CHICKS", and "THE HONORABLE MENTIONS".

So let's start with: MY MAIN DUDES 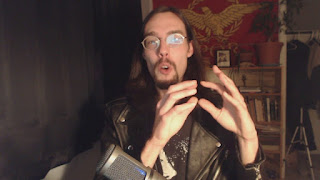 This is STYXHEXENHAMMER666, otherwise known as Tarl Warwick. Styx offers some of the most eloquent political analysis out there. Though he's been on YouTube for six or seven years his current format is about two or three years in, and he can now boast around 100,000 subscribers. A native Vermonter, and botanist, he is an Anarcho-Libertarian who offers posts on contemporary politics, observations on the occult, and his world-building exploits in the Minecraft gaming platform. A man after my own heart, he probably only varies from me politically, culturally and sociologically on Jewish subject matter, but, as a Judeo-Pagan, he might be surprised at the overlap we do indeed share nonetheless, when and if we ever speak. 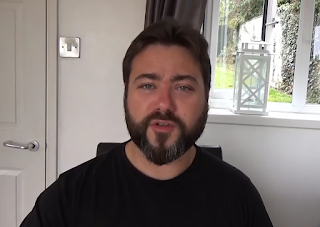 Carl Benjamin, better know by the quirky moniker SARGON OF AKKAD, is a feisty YouTube powerhouse with just short of some 600,000 subscribers. A British chap who often describes himself as "Classical Liberal", he more or less reads as leaning a tad more to the conservative side of the spectrum. His videos are often quite lengthy and rely on extensive documentation captured on-screen in inset in tandem to his staccato voice over. Sargon almost never appears in his videos personally, but rather is represented by illustrations depicting the ancient Mesopotamian monarch. A fan of global politics, he has much to say about US elections, the future of the European Union, Islam and feminism.

STEVEN CROWDER of Louder with Crowder is based in Grand Rapids Michigan, was raised in French Canada, and is a right-leaning religious conservative with an awesome sense of humor. He's been at this quite a while and is closing in on 700,000 subscribers as of March 2017. His videos and streams are more in the talk show format of late night television or radio, with Skype interviews (often with commentators on the other side of the spectrum), hidden camera experiments and pranks, fake commercials, and incessant banter between he and his cohorts, which often supply actual belly laughs. 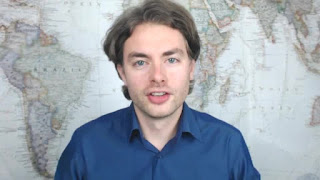 Oh lord, another bloody limey. PAUL JOSEPH WATSON, is a punky and boisterouly funny bloke who occasionally writes for Alex Jones of Infowars, and is coming up on his 850,000th subscriber. As opposed to Sargon, Crowder and Styx, Watson seems to be in an almost constant state of delightful agitation, and his posts are done in full-frontal assault POV style with cut-ins of related, and even comic, footage inserted at key points in his diatribes. His talking points heavily rely on global politics, third wave feminism, Islamophobia, and rejecting cultural Marxism. 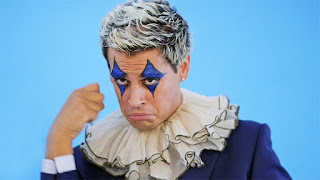 The Dreaded MILO YIANNOPOULOS is a vice that anyone not on the far left can take to heart for the stand-up provocateur he is. Often berated by the mainstream media for his lack of self-editing, or, is it all intentional? He pushes liberal buttons like George Jetson sitting at his desk at Spacely Sprockets. The son of a Greek Catholic Father and Jewish mother, Milo is a British citizen who is an out-of-the-closet, and over-the-top homosexual who attacks radical Islam, third wave feminism and seems to adore President Donald Trump. His videos often consist of portions of his public speaking appearances, but there is a lot of diversity here. 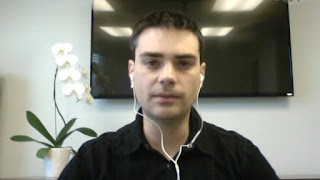 BEN SHAPIRO has been a frequent commentator on the Daily Wire and on the conservative circuit for the last few years but only recently started his own YouTube channel a few months ago, known as "The Ben Shapiro Show". Nonetheless, he probably shouldn't be qualified as a "newbie". Far less effusive than the likes of Yiannopoulos or Watson, Ben is frankly understated, and I expect, probably disliked by the Alt-Right Neo-Racist fringe because of his unswerving identification as a Jewish conservative. They probably wouldn't like me either, but they can kiss my arse! Regardless, Shapiro can debate the pants off literally almost anyone, and with ease.