From the Writer's Studio: Lights, Camera...Polemic; A Look Back at James Cameron's Avatar 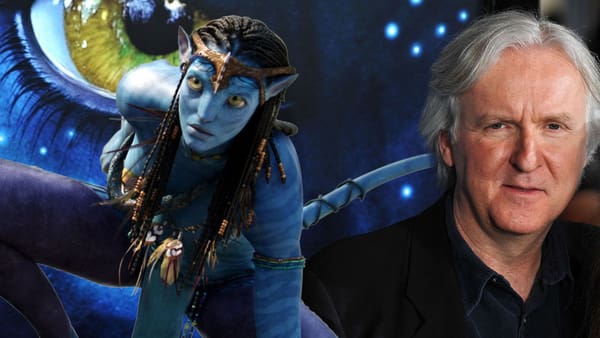 It was December 2009, and the highly anticipated new James Cameron Science-Fiction epic, "Avatar" was poised at the precipice of impending release. Fans of Cameron's earlier work could be sure, even without getting a peak at the much promoted teaser, that this film would hold to the directors illustrious track record of bringing striking imagery and new visual technology to the forefront of the industry. Terminator 2, Aliens, the Abyss, and Titanic all had successfully pushed the envelope, and Cameron had been rewarded for his optical ingenuity with huge box office windfalls, and a trail of industry awards that must have required him to buy a larger mantle over his fireplace.

Similarly to myself, Cameron's story-telling was influenced early on by reading Edgar Rice Burroughs novels in boyhood (be patient, this will mean something later). Burroughs' serialized tales of Tarzan; Lord of the Apes, John Carter of Mars, and Carson of Venus, all played off of the nineteenth century western European "noble savage" trope, and in my mind, regardless of any dated elements or cultural imperialism, Burroughs was one of the great early visionaries of printed science-fiction. With the arrival of Talkies, Burroughs' influence grew, and at by the time Baby Boomers and Generation X'ers were reaching maturity, he was still a virtual gateway drug to Sci-Fi action films, and as specified, in that genre, by 2009, Cameron was one of the obvious kings.

There is almost no way to debate Avatars visually striking, even beautiful, design of the elongated, blue-skinned alien race; the Na'vi, and their idyllic CG augmented world, Pandora. But what I would like to analyze in this post is the writing of the film. Admittedly, as I mentioned in an earlier post, the abject failure of another visually beautiful, yet shakily written outing; Ridley Scott's Prometheus, makes it a far worse offender, and ranks Avatar as frankly the better film of the two. Nonetheless, I still feel compelled to log my objections and complaints in regard to the penning of Avatar, even in retrospect, and eight years later. 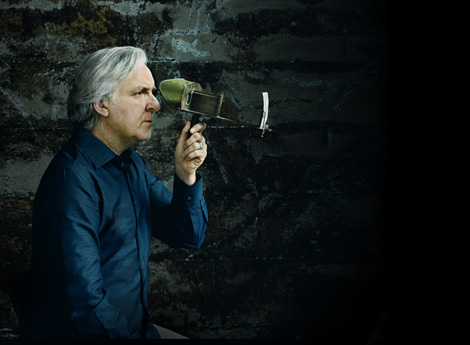 Structurally Avatar is a Drama, and the vehicle is overtly Science-Fiction, but the plot is essentially "Cowboys and Indians". Within this, the motif of the westerner "going native" i.e. "the noble savage", is not exclusive to Cowboy movies, nor is it a phenomena that only occurs in fiction. In fact, it's such a familiar element that many of the acknowledged greatest films of all time have featured main, or secondary, characters who move away from a dominant culture, their culture, and toward an indigenous one. Generally, the indigenous culture is presented more favorably than the dominant culture in most respects, and thus, this justifies the character's embrace of these "alien" folkways.

Laurence of Arabia, Little Big Man, The Last of the Mohicans, Apocalypse Now, the Independent Gypsy-themed film Gadjo Dilo, and countless others have presented either actual, or fictionalized tales focusing on the protagonists cultural shift, and so, in that respect, Avatar was designed from the start to join that good company. Historically the motif has persisted in literature, long past the cultural imperialism of the nineteenth century, and has been plied as a plot engine, albeit as long as it was done in a more couched, respectful, and in general, was handled with what is often called "kid gloves".

But, where that list of amazing films succeed, it is in regard to this element where I feel Avatar fails.

Why you may ask? It's simple.

When the ancient Greeks delineated the psychology of the purposes, goal and effect of play writing and literature, they conceived of the notion of "catharsis". All drama exists to inspire catharsis - that is, to make the viewer feel a simulated and controlled emotional reaction to the stimulus being presented on screen or stage. Aside from catharsis, all drama, or even all comedies, may use their plots to present character arc development that is stimulated by morality or philosophy, in order to encourage the viewer to be sympathetic to the world view that the writer is attempting to promote.

I personally believe that when embedding philosophic elements in a script, play, novel, what have you, that these must be placed into a plot in a, let's say, seemingly neutral manner. Otherwise it will be seen as the polemic it is meant to be, and when drama shifts from catharsis to polemic it can quickly become propaganda - public relations dictatorial sister. 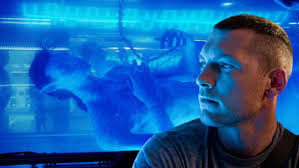 To me, the essence of Avatar is overtly propagandist. The film uses the Na'vi vs. Human paradigm as a parable of White Middle Class Americans in league with the Military-Industrial complex versus their own guilt and self-loathing and their so-called responsibility to the rest of the world, and in specific, to Native American peoples and other "victim identities". It seeks to encourage collective inter-generational shame for past generations abuses of  Native Americans, and by extension the indigenous peoples of the entire world. I say this not to diminish any of the trials or horrors that Native Americans, or any other victimized group worldwide, have experienced in the past, or at present, but rather to place the appropriation of these themes and images in the name of propaganda. To with, this race, class and gender warfare, and the encouragement of bourgeois guilt and self-hatred fits in nicely with archetypal Marxist-Globalist identitarian thinking and their penchant for anti-national sovereignty strategy. In this world view "the self" is always the villain, and since Donald Trump started plying "Make America Great Again" as his campaign slogan, the left has become emboldened to state this Globalist impulse forthrightly, belying their true sentiments with the response "America Was Never Great".

Unlike the other classic films mentioned earlier, this embedding of propaganda within the story of Avatar is not subtle, not impartial, and is, to me, manipulative.

I have no fear of being challenged by an opposing philosophy, and I actually relish messages contained in the subtext of films I enjoy. But when the creeping sensation of manipulation starts to move up my spine, and I sense that a film maker is utilizing my catharsis not to sway my opinion, but rather to manipulate me subconsciously in the name of a specific political agenda, I have to draw the line. In Avatar, this veil is only as thin as the CG generated blue skin of the Na'vi.

So, sorry James. Many of your films are absolutely great rides, and aside from the visuals, they contain interesting plot twists and intriguing character types and development. For me Avatar just doesn't pull it off honestly. Avatar feels like it's coyly hiding an agenda, and rather than trying to sway my opinion by making cogent philosophic points, it relies on the emotion generated by my catharsis to subconsciously bring me aboard the good ship SJW without me noticing it.

And, that for me, is a deal breaker.

Email ThisBlogThis!Share to TwitterShare to FacebookShare to Pinterest
Labels: From the Writer's Studio, Politics, Text