The Contrarian Strategist : A Conservatives Guide...A Karmic Follow Up

In light of the Gauntlet's pleasing success with the last installment of the Contrarian Strategist: A Conservative's Guide to Effective Arguing with Leftists, I thought I'd follow up with some observations about my own evolution to Conservatism to help both those who share my beliefs, as well as those who can not understand where we stand and how we broke free of the dominant political narrative, of both sides.

So, I have a little real-life story today, set in that far-off before time of promising yet challenged electronics, known as the 1980's. 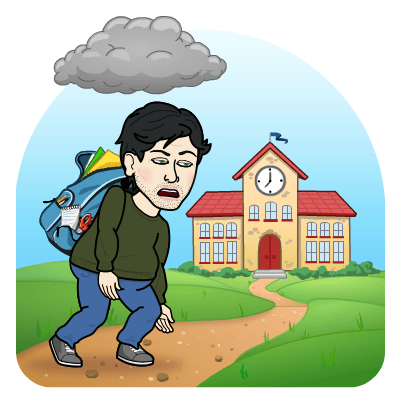 It was a brand new semester and the weather was still balmy in the early fall of 1985, and a new, visible, and vexing group had suddenly materialized on my college campus that greatly concerned me. They were actively attempting to attract new members and were handing out literature around the student union. At first I thought they were perhaps some born-again group, but as I glanced at their literature I was immediately angered.

I say angered of course because the word "triggered" hadn't been coined yet.

But anyway, back to the story.

You see, the band of activists were describing themselves as "Conservatives", and were seemingly led by a fellow who I had actually gone to high school with, who we'll call Mike, mostly because, uhm, his name was Mike.

As a fellow Art School graduate and Punk, I felt that Mike had somehow betrayed the Anarchist ethos that I believed we previously shared, and I must say, though I pictured myself as having moved past the more extreme Marxist tendencies I held at the age of fourteen, I must admit that I pretty much led the charge of counter protest against Mike's fledgling group.

We showed up to their meetings and sat in silent protest, we confronted them on the quad and argued with them, and if I had to crystallize my feelings and suspicions about them, I felt that they were...well, they were just Nazis.

Mike even pulled me aside and once implored me quite earnestly, saying; "We're really not what you think we are, man." But I would have none of it, as I suspected this must have been some sort of ruse, designed to fool me as to the true nature of his little band of budding fascists.

At some point Mike's group, or our interest, or both, must have waned, and I don't remember the last exchange we had with one another, but I guess we all moved on. 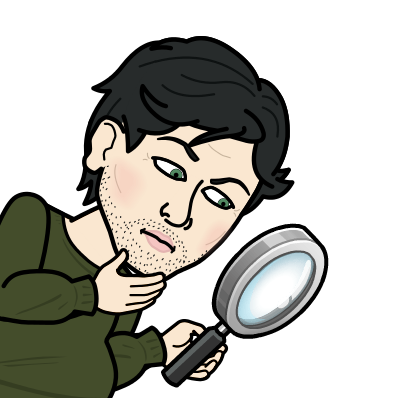 As I continued on through my college career I started to evolve and lean further into the Conservative camp, entering through the Anarcho-Capitalist and Libertarian doorway that my Anarchism had brought me to. My Existential Nihilism slowly gave way to a stronger work ethic and a desire to become a contributing member of society, and to marry and have kids, and all that. I soon realized just how knee-jerk indoctrinated I was by Far Left culture, and I "woke up", and I would say that by just two years later I would have had very little problem with the polemic Mike's group was promoting.

Don't get me wrong, I didn't run and vote for Neo-Con George Bush and his Desert Storm disaster, quite the opposite, I protested the Iraq and Afghanistan invasions as misguided, and believed they would create, well, exactly the situations they ended up creating. I didn't vote for "W" either, because I had started to view Neo-Cons and Neo-Libs as two sides of the same rotten coin, one selling us out to Saudi Arabia, and the other to the People's Republic of China.

By the time Senator John McCain and Governor Mitt Romney ran against Barak Obama, I was so frustrated with the party that though I had long since changed my registration to Republican, I was desperately looking for alternatives that reflected the Classical Liberal ideals of the Enlightenment and Jeffersonian principles of Republicanism that I had embraced.

As it turns out a close friend of mine had gotten involved with the Tea Party movement, and we started sharing on-line article and video links made by new and exciting commentators on Youtube who reflected our growing dissatisfaction with the GOP, as well as the Left.

Soon the party was split, and the RINOS and Corporatists were being exposed, and nothing could have made me happier.

In the 2016 election we finally had viable Republican candidates that truly reflected actual Republican, Conservative and Libertarian principles, or mixes thereof. The Neo-Con Corporatists, or "Deep State", as they are now regularly called in the media, and as even Senator Chuck Schumer referred to them as just a couple of months ago, but now we're told is a Conservative "conspiracy theory" buzzword, were on the ropes. War-hawk Senator Lindsey Graham came in with the first stringers, getting about as much backing as Governor Bobby Jindal, and Neo-Con legacy and GOP shoe-in Jeb Bush had competition from Senator Rand Paul, Governor Chris Christie and Carly Fiorina, and trailed behind Dr. Ben Carson, Governor John Kasich, Senator Marco Rubio, Senator Ted Cruz, and of course, President Trump. 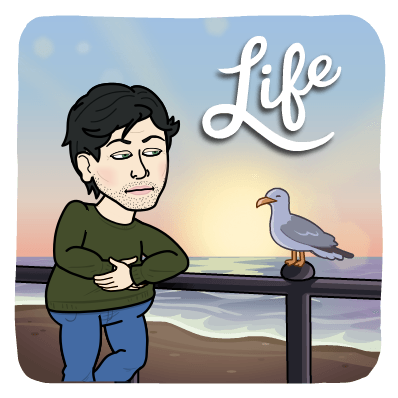 I suspect the intra-party struggle will continue, and we are seeing the most obvious push and pull for dominance in the drive to widen the war in Syria, as reformations are not the easiest and shortest birth pangs to endure.

Still, even thirty years later, whenever I am in the middle of being mass berated by Leftist friends of mine, I think back to Mike's weary imploring for me to try and understand his perspective, and it falling on my then metallic ears.

It's times like those that I think "is it possible that in a just a few years this person attacking me might wake up with a light bulb over their head and join me on the "dark side", and have similar memories of how they so fervently opposed me in the past?"

I guess we can never really tell just how, when, and why other people change, but one thing is for certain, change they do.