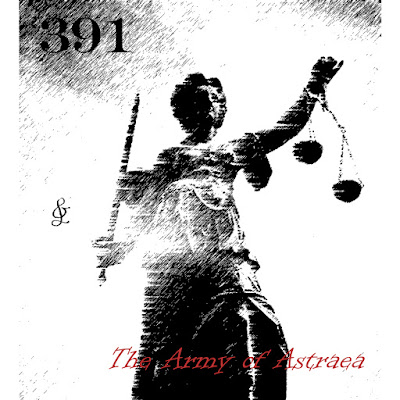 Welcome back to another Bandcamp hosted 391 & the Army of Astraea Electronic Music Piece of the Day Give-Away.

Today's track is titled "Nazirut", which is the Hebrew term for laws (featured in a Talmudic tractate specifically dedicated to such a topic) and which pertains to the now extinct Judean caste know as the Nazir.

The Nazir were required to dress distinctly and grew and sheared their body hair under the auspices of a penitent cycle, yet they were also religiously / politically militant in timbre. Notable Nazirim in the Torah were the prophets Samson and Samuel, and of course in the Christian New Testament, Jesus.

As an aside I should point out that in the latter's case often a mistake is made conflating the term Nazarean, which is a person hailing from the city of Nazareth, and Nazirim, which is a person who is a member of the Nazir caste.

Regardless, the piece is fairly industrial in nature and relies heavily on multiple layers of digitally simulated feedback and metal sounds set to an imposing, yet dance-able rhythm.