The Intersectional Sexualization of Politics: The Pride Flag and Race 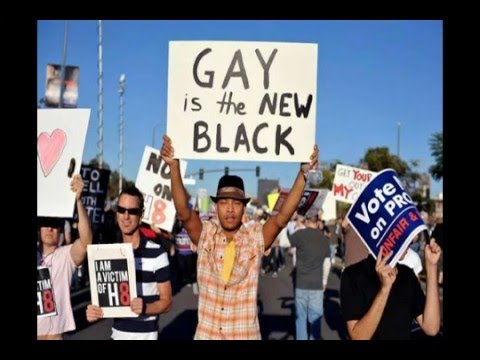 I started writing this post at the end of June to coincide with the end of what many in contemporary political parlance, call "Pride Month". Perhaps you thought it was enough to refer to all the months simply by their name, but in the mind of many Marxist Intersectionalists and Progressives that is just not "good" enough, and they feel that every traditional holiday should be deconstructed to honor in some way the struggle of the myriad victim identities they champion.

They do this in, often not malevolently, or even consciously, but they do indeed do it, and they do it in order to divide society into factionalized elements as seen through a lens of class, race, and gender warfare. For this is the currency by which they gain and maintain power and control.

But getting back to Pride Month, which if you do not know, is an entire month, symbolically set aside for, well, gays and others who feel the need to label their sexual lifestyle, in order to feel pride in their legitimacy and existence, and I guess, to remind the rest of us that they do indeed exist, and all that.

As a socially liberal, Libertarian-leaning Republican Conservative, who is only on very rare occasions selectively moralistic, I really couldn't care less about what people do in their personal lives, sexually or otherwise, and if it were up to me, the government would have even less to say about personal issues than they do.

But saying that, being gay in the current iteration of western civilization, has rarely been presented solely as just another state of being, or just as an alternative lifestyle choice, or even as a genetic inclination from birth, but rather, the proclivity has almost always been tightly tethered to a political identification that really has had very little to do with sexuality, sexual preference, or identity. 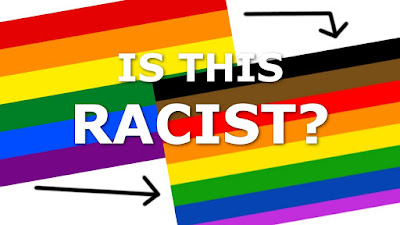 To wit, at this same time just last year, this very orientation to social politics was made abundantly clear when the Organizers of the Pride Movement went ahead and altered the long-held design of their affiliation banner, colloquially known as the "Pride Flag". The very visible and recognizable rainbow colored standard was suddenly reintroduced and now included an additional brown stripe, overtly signifying the shared philosophical association of the post-civil rights struggle of the African-American community (specifically embodied by utilizing BLM's color's), with the Gay rights and acceptance movement.

While heterosexual, and homosexual, African-Americans might have their issues as a community, or sub-cultural, or sub-sub-cultural groups, this pan-victim advocacy is the result not of some organic, unilateral, or holistic, intra or inter community sentiment, but rather reflects a political agenda that originates outside of both communities, in the form of Post-Modernist deconstructionism and, as stated previously, the victim hierarchy of Marxist Intersectionality.

I can hardly imagine that there are still people who have not interacted in some way with intersectional thought, as it is rife in media and academia, but if not, I expect that you may have done so without being able to label it for what it was. So briefly, this class, race, and gender warfare derived system neatly orders various anointed identity groups in an ever shuffling and expanding "pecking order" of victim-hood, with the winner being ascribed, I guess, "most victimized" status. To be honest, it clearly seems to be the Nazi Eugenic race hierarchy flipped literally upside down. 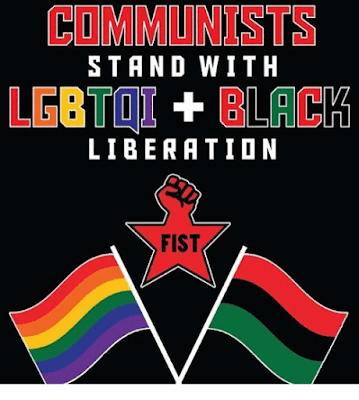 So, before you decide to jump on the Intersectional bandwagon you should be warned! For one to be a card carrying member of the intersectionality cult, there are a few important prerequisites.

First of all, one needn't even need be a member of any of these poor, oppressed groups, but rather, one must think of these groups as monoliths, and one must think of people as members firstly as part of their collective or identity group rather than being individuals. This stems from a philosophy known as "collectivism", and it is emblematic of Socialist, Communist, and Fascist thinking.

Thus, you are not a really good person who is a civil engineer who happens to be say, an African-American homosexual, you are an African-American homosexual, who is coincidentally a good person, whose other incidentals and vocation frankly really don't matter, as they are just other ways of slaving for the white, heterosexual male, Capitalist Patriarchy.

Thus, enter Black Lives Matter, or "BLM" in acronym. BLM is an Intersectional-based African-American advocacy group whose Marxist-fueled agenda was seen in action is their frequent street protests, particular in the 2016 election cycle. They are, and were, heavily financed by the elements of the DNC, as well as their frequently-cited radical leftist benefactor from abroad, whose name will not be mentioned here, lest I burst into flame.

But rest assured, these are the same alliance of forces who facilitated the street brawls initiated by the Anarcho-Communist Syndicalists in the first eight months of 2017, otherwise know as the balaclava-sporting, chain-lock wielding, so-called "anti-fascist", minority assaulting, Fascist-Authoritarian movement, known as "Antifa".

Both Antifa and BLM, within reason, ascribe to the same identitarian hierarchic philosophy, which relies on a fantasy of paradigm shift which will lead to them being placed firmly at the top of a new power dynamic, where they would be free to oppress their collective enemies, all the while playing generous altruists with money they've stolen from the defeated bourgeoisie.

In it's most authoritarian forms, theses groups represent "Black Supremacists", who are seeking racial conflict, as well as the true believers in an universal Communist state, and heaven help you if you disagree - especially if you have an affection for Capitalism, or aren't a member of any of the collective identitarian groups that they have deemed suiting to escape their intended purge.

But back to inter-group relations. 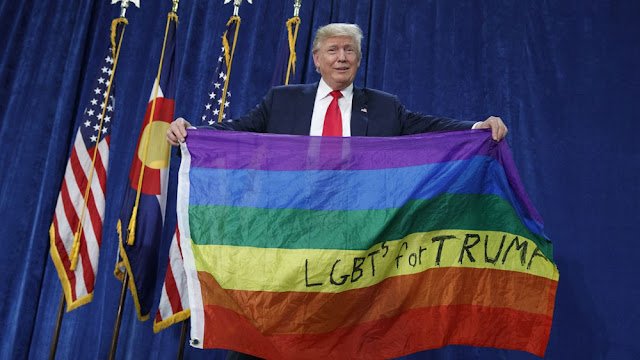 In America, arguably even before the founding fathers and independence, race clearly trumped every other problematic social issue we've faced as a nation, and irregardless of other people's plights and misfortunes, this racial binary, and indeed, actual racism in the past, has played into the notion of Africa-American's holding what most people would objectively define as the greatest "victim identity", or as Candice Owens likes to call it, "the Black Card".

And so, the organizers of the Pride March buckled under the weight of their own intersectionality and the BLM stripe was added to the Pride Flag, (mind you, at the top) and now, rather than it representing a grand spectrum of diversity, as a rainbow already optically and demonstrably states, the inclusion of racialist signature into the emblem, in my opinion, usurps, one-ups, and co-opts all other identities and labels them "less than" BLM's struggle. I personally suspect that many of the members of all of these far-leftist groups are simply caught up in psychologically re-living the actual Civil Rights movement that they feel they culturally "missed out" on by being born too late.

Regardless, as all legal rights and equality of opportunity are insured for all Americans, of all types, their fight isn't really for rights, but rather, for perceived injustice, revenge, perks, privileges and conveniences, and the need to control, at the behest of their Marxist overlords who term themselves "allies" instead.

One might think that this would bother more people in the LGBT+ community, as BLM members, some of them high profile, have expressed openly anti-gay sentiments, and there have even been documented, but certainly not advertised, incidences of gay-bashing. 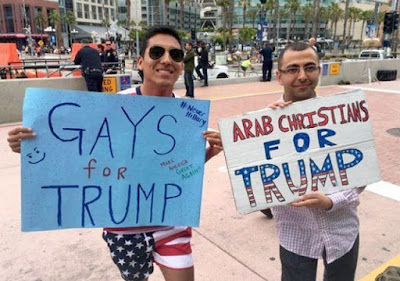 The most potent corollary I could design would be to imagine a group which represented an endeavor to further Jewish aspirations who decided to invite an Alt-Righter to join them, because the Alt-Righter somehow appeared supportive of Zionism, but in actuality the Alt-Righter simply thinks Zionism is a good way to get Jews to move to Israel and get them the hell out of his or her country.

But, I expect that this sort of convolution will only work for BLM and the Intersectional racialists, if all of the individuals they are attempting to "outrank" on the grand victimology scale have fully internalized the self-loathing narrative that globalist culture warriors have long tried to impress on us all, in order to create an over-arching hierarchy of victim-hood which parallels the hierarchy they so earnestly profess to be fighting against.

I guess for those who experience dissonance about this, especially the male-white-gays, I assume they will just be expected to learn to take their place "below" black, brown, yellow, and red gays, as well as Muslims, women, straight blacks, etc., etc., until the ever-changing shuffle shuffles again, and flips, like everything else in life, political or otherwise, once they get tired of the abuse. Till next time.
Posted by Ira Rosenblum at 11:36:00 AM