11,000th Visitor Anniversary Rant (or Why I've Pulled Back from Politics on Social Media) 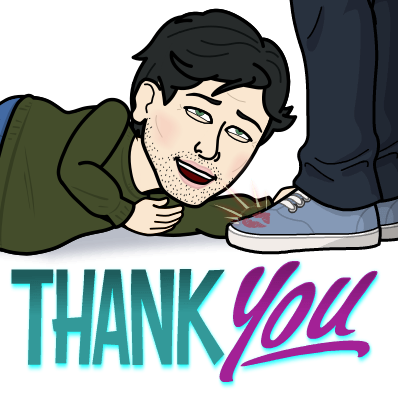 Hello Gauntletarians, and welcome to the 11,000th (well, the 11,025th) Visitor Anniversary post / rant here on the Gauntlet of Balthazar. I'm very glad that even with a decrease in the number of posts, the demise of Google+, and an almost total lack of shares to other social media platforms, viewers have still managed to stumble upon this schizophrenic artsy corner of the internet.

I personally think that breaking 11,000 page visits, with many article views topping out in the 300 reader range, points to the fact that there is at least some content here which people have found appealing.

But, for all of the succor I can glean from those comfortable numbers, I must admit that I have experienced a kind of lull in issuing commentary, particularly of the political variety, over the last few months. And so, after much time MIA from this blog, as well as Facebook and such, I thought I'd file this little update as explain why this state of affairs has transpired.

So I'll tell you why.

As a Right-Leaning Libertarian, with a Conservative streak, Republican affiliation, and a penchant for contrarian memeology, trolling, and the like, I have in some respects reveled in the fractious climate of global politics as our current Culture War escalated over the last few years.

What's that, you say? Culture War? As if it was not overtly obvious to all but the most head-buried ostrich.

Ironically, or rather in time which the demise of many overtly Communist and Socialist states around the world, (or their movement to include Capitalist elements into their economies), many western radicals seamlessly morphed into recasting themselves as establishmentarians. The Clinton's and Obama's are clear examples of this, starting as devotee's of Saul Alinsky and, well, you know, the rest is Neo-Lib history. Likewise, as China, India, and Vietnam, forged middle classes amounting to over a billion people via their dismantling of Communist and Socialist policies, it became clear that the numbers in the Marxist-Capitalist fulcrum were shifting the ledger far to the Capitalist side.

Enter a new wave of radical progressive thought, unforgiving and unrelenting, and it is called "Intersectionality".

Clearly, it's the push back that they did not expect that has them so flummoxed.

But, sadly, the problem I'm having isn't because of polarization. In fact, my qualms are contained in the very description displayed in the previous paragraph, in that, I've come to the realization that a seemingly endless number of humans have no idea what any of those terms are. Worse, it seems that the average person is incapable of defining the doctrines even in which they state they attest to being wholly supportive of.

Crazy me, I always thought that it was incumbent on an individual to be able to explain what they believed in, whether those beliefs were religious, political, social, personal, or otherwise. I'm mean if you say you love Socialism, or what have you, you should be capable of describing what policies are Socialist, and which are not. Right?

Anyway, over the last four years this culture war has morphed very far from philosophic debate on specific issues, and has become characterized by hard ideological indoctrination and, much worse, the inclusion of so-called "morality" into the argument. 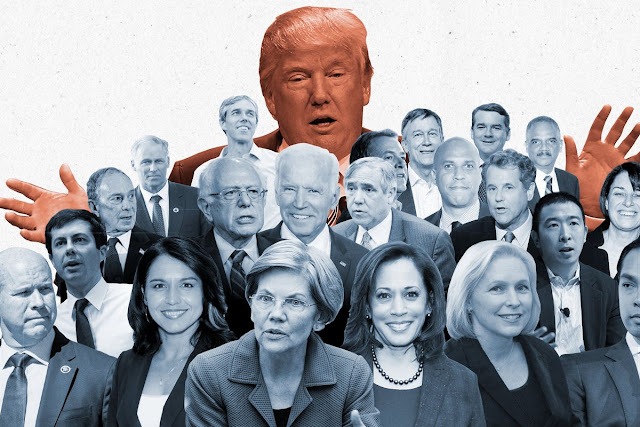 It is by no means an accident that since entering the 2020 presidential contest, more or less every Democrat cum-Socialist (including Biden, Harris, Booker etc.) has framed their struggle against President Donald Trump as simply a moral fight for the soul of America. This should make one wonder why this is, when the same culture war is occurring across the entire globe, even in societies where there is no Donald Trump, or no Trump-like figures, to be seen. I must say, it's almost as if the shift away from Marxism, Socialism, and Communism, and the failures of those states which have embraced that syphilitic philosophy of abuse and the diminishing of individualistic rights, is so visceral that one could almost view it a contest between two very different animals.

But, we must never forget that a wounded animal is the most dangerous sort of animal.

Thus, millions of previously sensible socially liberal people, many of whom were mainline Democrats, have been pulled further toward the far left and now stand shoulder to shoulder with Anarchists and Communists who are apt to burn the American, or French, or British flag, etc., while proudly waving the hammer and sickle, North Korea's placard, or even the black flag of ISIS.

Now, I'm not accusing the majority of my friends and  associates with supporting those abusive regimes, or even being able to explain, say, in which ways, Socialism and Fascism are structurally similar, but instead, I think this has effected, in a more general way, the manner in which people present their beliefs and engage in debate.

As for me, I don't think that I ever engaged in political discussion with the point of "converting" someone to my belief. In fact, I am extremely comfortable with the notion of the 7 billion humans on earth all holding 7 billion varying opinions.

The problem is the psychology here.

After engaging those on the left repeatedly and feeling at the end of our discussions that they at least understood my, and their own position, and the reasons they embraced their said opinion, I realized that the argument would just start again, with the, rephrasing their initial premise again, AS IF THEY WERE IN SOME KIND OF LOOP.

I began to dread commenting on facebook, because I knew which of my friends would respond in the  pro or con, who would block, unfriend, etc., and regardless of where the discussion went, the loop would kick in, and we'ed be back at the beginning of the discussion, as if it never occurred the first time.

While those on the right can be stodgy, unsympathetic, and repetitive, this loop is of a different sort, and can be seen in the grand process of the release of the Mueller report. For almost three years, my friends on the Anti-Trump left, repeated MSNBC and CNN tropes and paeans regarding so-called "collusion" with a "just you wait - we'll get him" attitude. I on the other hand said, "let's wait and see", but I was betting that in the end collusion would only be found in the Obama and Clinton camps, where it is ironically now being brought to light. 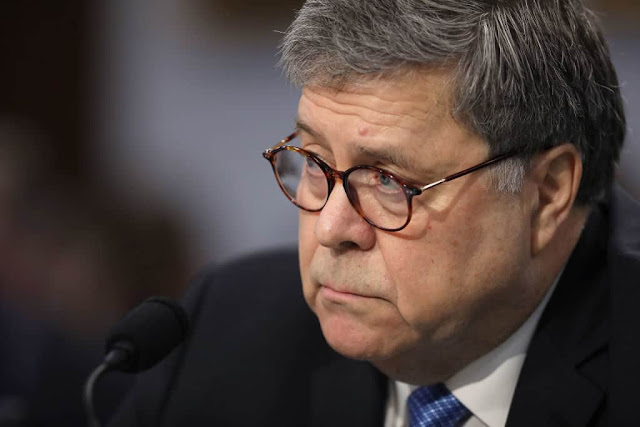 All I asked of my friends was that when proven wrong, that they would apologize for their vitriol, abusive language, and their conflation of morals and politics (clearly, the most amoral occupation).

But, deep down, I knew that I would never receive those apologies, because, as those who had been radicalized by the far left, I knew that they viewed these arguments as moral struggles, and therefore, all actions could be justified in the name of proving themselves "better people". I, and people like me, were just "bad people", even if we were defending a new positivism, while they were endorsing violence, censorship, etc., etc.

I knew that if the Mueller report came out and cleared Trump, that they would attempt to deconstruct the language of the document, rather than cede victory, and I knew that if only one line of the 400-hundred-something pages bore a single black redaction mark, that they would focus on that line, swearing that it was the one line containing the most scathing and damning "evidence" against the hated Orange Man, or, Zion Don, as he is also sometimes referred to by the left, betraying their own penchant for Antisemitism.

The fact that Congressional Democrats have now turned their guns on Attorney General William Barr, as he threatens to dig into the DNC, the Obama White House, and the Clinton campaign's malfeasance (an understatement), is underscored by the ramping of the banning, de-platforming, and "unpersoning" of Conservative voices of opposition, eagerly supplied by their complicit allies in the sphere of Globalist Technocracy - otherwise known as the tech giants who now control the public square and our freedom of expression.

The founding father's would be aghast, which is probably why, the academic community seems to have taken it upon themselves to edit history and rename institutions, remove murals of Washington, Jefferson, etc., and in general, impose a facsimile of Cambodia's "Zero Year" policy. I knew this as soon as they started complaining about being "triggered" by Confederate statues. All one must do is read Orwell's 1984 to see where the drive for a consistent re-writing of history goes.

On the positive side of it all, while I am less likely to enter into redundant debates on social media platforms that are pretty much itching to chase me off of their services anyway, due to my creed (which btw, is a protected identity category in the US Constitution), I maintain high hopes that perhaps one day in the future historians will look back and see the right in this period (or at least the Neo-Whigs) as the protectors of individualism and the Classical Liberal values of the Enlightenment that I have always perceived us as being the guardians of, and which I see the left betraying.

And if it is not demonstrably clear - when I say guardians, I mean for all people, regardless of their politics - which sadly, I think the left currently has a real problem with.