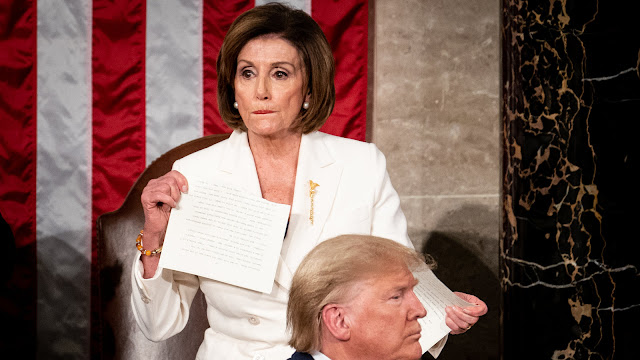 Welcome back to the mighty Gauntlet of Balthazar for yet another terrifying glimpse into the dark psyche of the creature inaccurately, but nevertheless self-described as "a progressive liberal".

As moderates, centrists, Independents, Libertarians (left and right leaning), Blue Dog Democrats, Republicans, and Conservatives (religious and/or fiscal), we have in the past often turned a blind eye to the elitist and judgemental abuse that Neo-Lib Statists and Marxists have become accustomed to, and I might add, are very comfortable heaping upon us.

From (Hillary Clinton's and Barak Obama's mentor and political guru) Saul Alinsky's play-book (Rules for Radicals) via their dominance over the mainstream media and the educational system, the left has consistently inverted reality for their own ends and has routinely cast their own negative attributes onto their perceptions of their opponents - disregarding their mounting cognitive dissonance and the reality of history, as well as any thought of consequences.

But, every once in a great while, the so-called "liberals", who are truly illiberal, come up with an action - a single action, that ushers them into the light of day as surely as pulling back a thick and velvety red curtain that impedes the progress of an oncoming and suddenly pained thirsty vampire in an old Hammer Film horror classic.

But, let me explain.

In case you didn't catch it, or missed, the recent State of the Union address, let me fill you in on the events that transpired, and relate just how telling and beautiful they were. You see, for those of you who don't know, the President of the United States is required to formally address the entire government and the American people each and every year, and relate the accomplishments of his, or her, administration and pitch a list of upcoming plans and the like.

Well, regardless of what anyone thinks of President Donald Trump's off-the-cuff use of language and quips slathered in smart-assery and douchbaggery, his administration has been remarkable in the sheer volume of the achievements they've accrued in a very short time when compared to all but a few of the US's earlier leaders. Historically this alone places him alongside the founders, Lincoln, Teddy and Franklin Roosevelt as a leading "agent of change" in the history of the nation.

Of course, his agenda reflects the post-Tea Party right, or as I like to term it, the Neo-Whigs, who are not only opposed to the policies of the Neo-Libs and Marxists, Socialists, and Communists, but also to the Neo-Conservative regimes of the past and the entrenched bureaucracy of Washington D.C. - often referred to as the "Military-Industrial Complex", the "Deep State", or the "Shadow Government". Trump calls them "The Swamp". As I mentioned earlier, the left was very comfortable with "tolerating" Republicans on shared Neo-Lib and Neo-Con Kleptocracy issues, and they accepted the paradigm for many years, and thus, partisan back-biting was by today's standards quite mild. 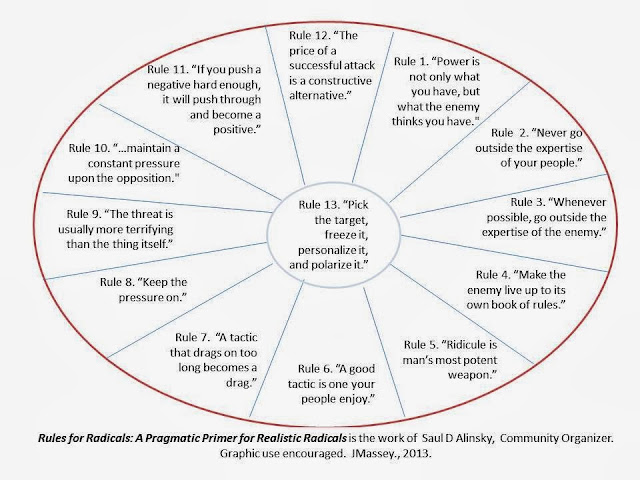 However, as the renewed Whigishness of the right mounted through the Obama years, spurred on by the GOP attempting to force Neo-Con disappointments like John McCain, Mitt Romney, and Jeb Bush to the forefront of each Presidential bid, the anti-Neo-con's like Rand Paul, Ted Cruz, and yes, Donald Trump took center stage.

In reaction, the Democrats quickly sought to enlist their Neo-con allies in order to push down this affront, but instead, many former Neo-Con's (such as Senator Lindsey Graham) began showing signs of moving to the Right-Libertarian side of the spectrum, and those who supported the previous regimes were summarily labelled "war mongers", "swamp creatures", and of course, "Never Trumpers".

What were the Dems to do? Well, call everyone racist was the first order of business as usual. I mean it was Alinsky 101. I might be digressing here, but in case you're not familiar with Marxist agitator Saul Alinsky, and since I've now mentioned him twice in this article, here's a handy list ➔ of his suggested tactics for the left to use to turn America into a Socialist state.

Sounds familiar, huh? Well it certainly should be because this is the roadmap the increasingly far-left has used for years against the right, with only the polite, soft Conservative and Objectivist push back from the William Buckley and Ayn Rand types as they sipped their tea and shook their heads.

But now, the Democrats had a real problem on their hands - a populist.

The media barrage, highlighted by Marxist race, class, and gender warfare rhetoric just wasn't working fast enough to get rid of these pesky deplorables and their douche-bag king. So, they worked their box harder, and their box was Congress. The Mueller report, Wikileaks, Russia, Ukraine, and the impeachment "trial", all ended in partisan loggerheads with the Senate dismissing the Democrat's inverse conspiracy theories (Rules 3, 4, 5, 6, 8, 9, 11 and 13). Sadly, the Democrats chose to not heed Rules 7 and 12. 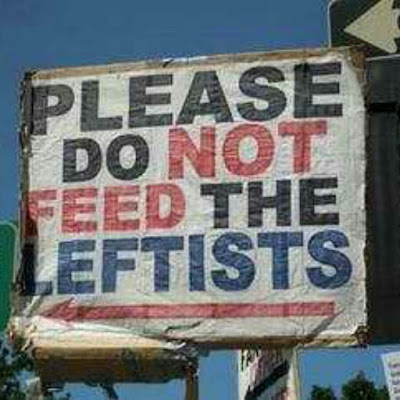 Thus, when Trump delivered his most recent State of the Union address, mind you, just prior to being acquitted by the Senate, he very rightly never mentioned the trial and was on his best behavior, speaking in perhaps his most gentle, eloquent, and statesman-like fashion. I guess he can turn it on and off when he chooses.

Apparently this was just too much for the so-called resistance to take, and many Congress-persons representing the former pro-slavery party just up and walked out, 'cuz they were "too triggered" by the fact that it appeared like their wonderful post-Marxist religion might not be everyone's cup of tea. Worse, lo and behold, Trump and his devotees might not be the monsters they had depicted them as, and worse yet, the disease seemed to be spreading. Hell, even traditional ethnic hubs for the Democrats were breaking rank and moving to the other side. Good numbers of Latinos, Blacks, Jews, and Asians, (that Northern Democrats gained by playing race politics in the first half of the 20th century) as well as Moderate Democrats, started looking for lifeboats to get away from the now all but Democrat in name only Socialist Party.

But being a member of a resistance movement takes a toll on the psyche, and soon PTSD sets in. In this case we've deemed it TDS, or Trump Derangement Syndrome, and some folk have it bad, spurred on mainly by social media, and their quest for greater clicks.

When Nancy Pelosi, the Speaker of the House, and leader of the Democrats in the government, ripped apart the transcript of Trump's address for her base and the cameras, she was making a statement of resistance. It was an "I'll never stop" gesture to her base.

However, to moderates it appeared as simply petty and childish, and to Republican's - the effect is perhaps the most interesting part. The right looked at Nancy's tantrum, not only as the unhinged rant of a sore loser, but it illustrated viscerally, that these people for all of their invoking of the spirit of the founders, and God, and patriotism...have none. 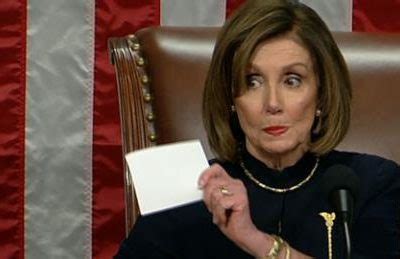 Often politicians pay lip service about caring for citizens and the nation while really only being obsessed with their own power - and this was it. In Republican eyes the Democrats ceased to be Americans (in the same way) in that instant. They were revealed as the power-hungry moral bigots and hate mongers we've always suspected they were, and the latitude we extended to them went out of our collective hearts in that instant.

So, I must thank you once again Nancy Pelosi for crystallizing that moment in time so clearly for everyone, especially for those of us on the right. Perhaps we've been pulling our punches too much. But I fear those days are now over. So I hope your petty gesture and victory lap were worth further alienating a public that you were already losing.

See you at the ballot box, or in the unemployment line.