Welcome back to the Gauntlet of Balthazar for another installment of the From the Writer's Studio feature, and a deep dive into episodic science-fiction on television in the form of Season Two of CBS All-Access' Star Trek: Discovery. 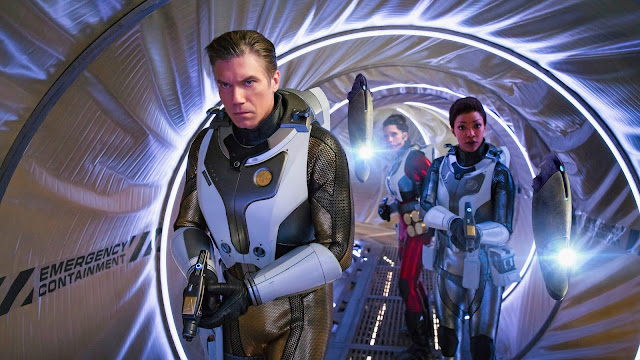 As you may, or may not recall, during Season One of Star Trek: Discovery (in February 2018), the Gauntlet addressed at length the scripting issues of the then new series, the Positive-Futurist "Roddenberry" Philosophy versus J.J. Abram's revisionism, i.e. "Abramism", and what I perceived as the failing of ensemble writing of the first season. If you are interested in perusing that article it can easily be found at: http://www.gauntletofbalthazar.com/2018/02/from-writers-studio-roddenberry.html

But let's move on, shall we?

To start I must say that from the get-go that Season Two of Star Trek: Discovery has cured, or at least the writers attempted to cure, many of the major qualms I had with the first season of the series. Within reason most of the characters, and the talented actors who play them, are the same, but the writers astutely went deeper into their season wide character arcs and, thank God, expanded the ensemble to clue us into the stories and personalities of the bridge crew.

For example, in this season (aside from the main plot) we learned more about Michael Burnham's relationship with her foster mother, Amanda (played nicely by the fetching Mia Kirshner), her foster brother, Spock (Ethan Peck), as well as her natural mother, Gabrielle Burnham (Sonja Sohn). We met Commander Saru's (portrayed by Doug Jones) sister and discovered that native Kelpian culture has been based on a long game deception (nice!), and recurrently we followed the ins-and-outs of Paul Stamets (Anthony Rapp) and Doctor Hugh Culber's (played by Wilson Cruz) reemerged and strained relationship. 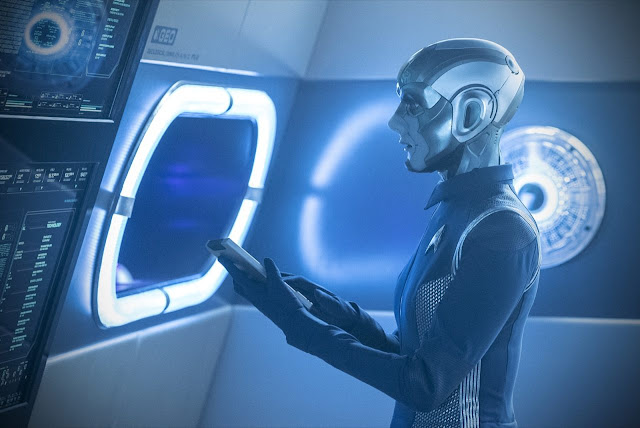 But more than that, we learned about Airiam's (played by Sara Mitich) tragic history and ongoing struggle, as well as a number of details about the staff from the second that Captain Christopher "Hit It" Pike took interim command of Discovery. I almost got the tingles when he asked each crew member to tell him (us) who they were. Still, I wish that there was even more focus on the larger "staff" (Airiam, Detmer, Rhys, Owosekun, and Bryce) of the bridge ensemble. I mean, if I learned in a few episodes all I needed to know about Sulu, Chekhov, Scotty, O'Brien, Data, etc., etc., why am I still struggling to figure these folks out? Just why?

In addition to familiarizing us with the characters that were featured in season one, we met new Star-fleet and Section 31 members, a new security chief, Commander Nhan (Rachael Ancheril), and as I said, Anson Mount as Captain Pike, as well as the Enterprise's Majel Barrett "Number One" wonderfully re-cast by Rebecca Romijn.

Much of the dialogue is nicely written here, but the key is still the ongoing season story arc, which focuses on almost exclusively time travel and the eventuality (spoilers) of an A.I. destroying all sentient organic life throughout the universe in the future. At first I suspected that the writer's might have been angling at undoing J.J. Abram's alternate timeline introduced in his first reboot film (which in effect eradicated the prime Star Trek timeline of all of the previous series and films), but no such luck. 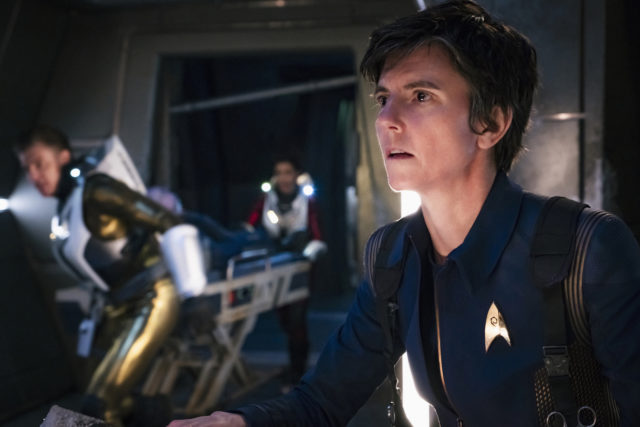 Saying that, an interesting time travel element presented here is the introduction of "Time Stones" - which are crystals held at a Klingon monastery on Borath that impart glimpses of one's future if physically touched. One of the people who touches the stone is Captain Pike - which introduces a compelling moral quandary (or as I like to term it - an information bomb), for if you may recall as a full Star Trek geek, Pike is doomed to be disfigured in the established series of events as depicted in the original 1966 un-aired Jeffrey Hunter Star Trek pilot: "The Cage", and re-capped in the Star Trek: TOS first season episodes "The Menagerie, Parts One and Two".

By imparting this possible future to Pike it creates a wonderful story tension element and places a very natural moral onus on him as to whether he will, or will not, intentionally change his own future, thereby perhaps causing someone else to be disfigured or killed in his place.

Forgoing dwelling on such pseudo-scientific "sci-fi" notions as creating a predestination paradox or yet another alternate timeline, Mount expresses the weight of Pike's process with great underplayed verve, and for me at least, this is one of the most compelling story elements and character moments of the entire season.

So to sum up, within reason, all of the interpersonal relationships are in place, the dialogue is well-crafted (even Michelle Yeoh's over the top Mirror-Mirror Universe quips), the actors are relatable and sympathetic (lest I forget Mary Wiseman as Ensign Tilly), and the story-line of time travel and saving the universe is full-on epic. But, I can't restate enough that even though the writer's clearly attempted to pump them up this season, the bridge crew is still largely under-written for an ensemble show. 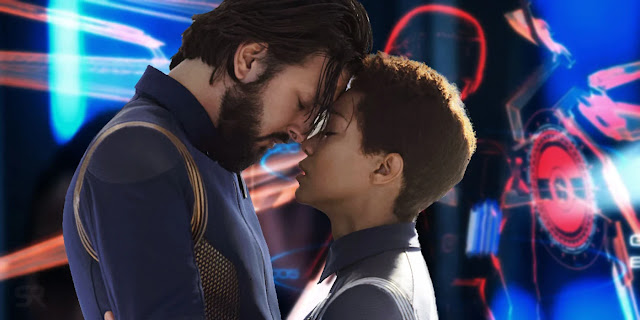 Well, anyway, that's about all for now.

I urge you to check out CBS's Star Trek: Discovery Season Two, regardless of my few complaints, or rather, one consistent complaint, because as it turns out the good of the series outweighs the complaints of the few, or the one. If you know what I mean.