Welcome back the Gauntlet of Balthazar for a re-issue of "Republicans Versus the Race Party...I Mean the Democrats Part II: 1825-1854", now broken up into smaller segments, and methodically tracing the evolution of political party philosophy in the United States from the founding until the present day.

Within reason the premise of this series of posts is to demonstrate that there has been only two dominant political trains of thought throughout our history - those being, Pro-Central Government versus the Liberty of Individual Rights. It is my contention that the push and pull of these philosophies is, and has been, an intra-party struggle within the Republican Party, while the primary focus of the Democratic Party was, and still currently is - simply race. From the DNC's founding as the pro-slavery party in the 1830's, to  being the party of anti-desegregation in the 1960's, and currently fomenting division by plying Marxist Intersectional race, class and gender warfare initiatives, race politics has served as the primary means (hand-in-hand with Globalist Corporatism) by which the DNC has cemented its power base.

So, let's return to the methodical march through time and pick up the next phase of American political history with the election of 1824. 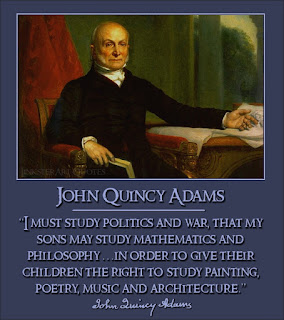 The first great internal watershed of doctrinaire proportions that shook the political landscape of America was the election of 1824 - which pitted an ardent Federalist, John Quincy Adams - the son of Federalist Party founder, John Adams, against a southern populist war hero known as Andrew Jackson.

Reformulated themselves into the National Republican Party, and headed by J.Q. Adams and Secretary of State Henry Clay, the NRP was initially referred to the Adams-Clay Republicans in order to differentiate themselves from the Jeffersonian Republicans - but these were clearly Federalists. The National Republican Party was in essence the fusion of the earlier Democratic-Republican party and the Federalist party - the once bitter rivals agreeing on one thing: that Jackson and his ilk had to go!

While Adams won the 1824 election, he savagely lost the election of 1828 election to Andrew Jackson. The Jackson camp (the Jacksonian's) quickly adopted the moniker "the Democratic Party", and the origin of the current political party of the same name dates from that year. If we are to believe their rhetoric (and wikipedia) there is an unbroken line of thought here, or at least that is what we are led to believe. True, Jackson attacked the institution of central banking as an evil, and in that he was largely correct, and within reason the DNC did indeed inherit many of the socially left ideals of Jefferson's Democratic-Republicans. But more so the Jacksonian's utilized the individualism of the platform and states rights sovereignty to justify and support the continuation of their most prized issue - the institution of slavery in the south (and Native American culturcide and genocide, if we're being fully forthcoming).

Having lost to Jackson in the 1828-1837 period, The National Republicans went into a tailspin, but in the long run the defeat galvanized them into a stronger platform, gathering their former members together with disaffected Democrats, as well as the Anti-Masonic Party - which supplied a strong third-party alternative to Jackson in the 1828 election. Honestly, by today's standards the Anti-Masons would frankly seem at home with the conspiracy theorists and the soft Alt-Right, or at least "Alt-lite". Nonetheless, these three streams all coalesced into what was called the Whig Party, which formalized itself in 1833. Indeed, such was the appeal of the party that four US Presidents after Jackson were Whigs. 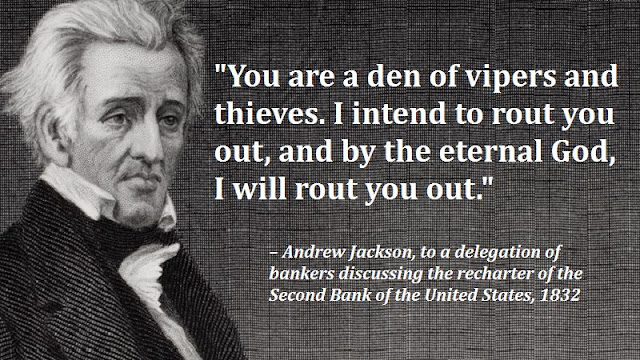 As a party the Whigs (or "Clay" Whigs) took their name from the powdered wigs that the colonial founders sported, belying their pride in the revolution and their patriotism. They were a center-right party, which favored economic interventionist policies such as protective tariffs, national infrastructure development, and an "America First" outlook (sound familiar?). Unlike the earlier regional divisions of the parties, the Whigs had supporters in both the north and the south, notably from the entrepreneurial class. Due to this, or maybe because of this, the Whigs opted to not have a strong platform regarding slavery, either way, and chose to kind of ignore it.

By today's standards I feel that the closest parallel to the Whig Party of the 1840's would be to that of the Tea Party movement of the early 2000's. Both were Federalists, but not extremely so. Both were Classical Liberals - with a Conservative streak. And both prized Entrepreneurial Capitalism but not war- mongering and Corporatism, and I like to imagine that the Whigs and the Tea Party would have shared a similar heartfelt disdain for Neo-Con's (and Neo-Lib's).

I personally like to think of myself as a bit of a Whig, and if President Donald Trump thought about it, he would too, even though his brand of populism has had a similar divisive effect on the opposition party and the media-indoctrinated partisan populace as Jackson did in his time.

As you might have premeditated, I'm about to talk about Whigs "chicken's coming home to roost" effect due to their avoidance to taking a stand on the slavery issue. And if you did guess that, you'd be absolutely right. 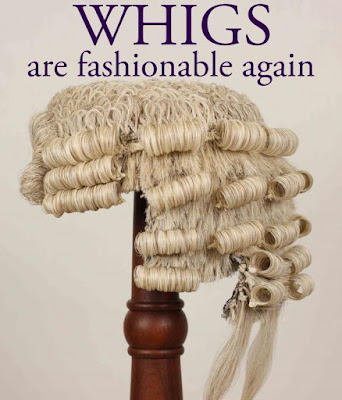 You see, it was due to, or maybe because of the neutral approach the Whig's took on the issue of slavery, that several single-issue abolitionist splinter parties came into existence in the 1840's - such as the Liberty Party (1840-1848), who responded to southern Democrats (and somewhat northern Democrats) who were pushing for the expansion of slavery in the newly acquired south-western territories. Ironically, Southern Whig's leaned to being even more pro-slavery than their Democratic Party counterparts in either the south or north, while Northern Whigs tended to being more anti-slavery than Northern Democrats. However, as Southern Democrats started to suggest the concept of secession over the issue of slavery, Southern Whigs moved away - their Federalist-born national patriotism being more important than what was in many ways seen as a "regional issue".

However, slavery was of course not just a regional issue, it was a moral issue. So, in the end, morality caught up with the Whigs, who promptly divided into two major factions: the anti-slavery Conscience Whigs and the Pro-Southern Cotton Whigs. While the Conscience Whigs were noted for their opposition to slavery on moral grounds, the Cotton Whig's association with the New England textile industry led them to consistently downplay the slavery issue. During the 1850s, several Conscience leaders played an important role in the founding of the Republican Party - displaying the abolitionist stream of Republican thought even prior to the technical founding of the party.

It should be mentioned that the Whigs and their denial of the issue of slavery first led to them loosing elections, and finally to a collapse, and then dissolution in the wake of the Kansas-Nebraska Act. This led to a reunification or a re-absorption of their party back into the National Republican Party. Likewise such were the times that the Liberty Party, the Conscience Whigs, and many Barnburner Democrats (who left the DNC), soon formed the Free Soil Party in 1852 - a centrist anti-slavery political party. No shock here - the Free Soil Party and the NRP then merged on March 20th, 1854 to form the GOP (Grand Old Party) then as now known simply as the Republican Party.

I should make it clear that the Democrats were not immune to the push and pull of the slavery issue, and at least in the north, a radical anti-slavery wing of the Democratic Party called the Barnburners, or Barnburner Democrats came into being. They were opposed within the party by a group called the Hunkers. The Barnburners (like current fiscal Conservatives) while not against large entrepreneurial businesses, opposed expanding the national debt and aggrandizing the power of large state-subsidized corporations. They also stood for local control, as did the Jeffersonian's. The Hunkers also wished to minimize the issue of slavery, like the Northern Whigs, but unlike the Federalists they favored state banks rather than a national bank. 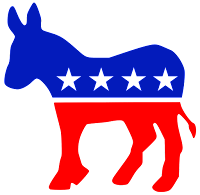 While Democrats of the time insisted they were still less socially Conservative than Republicans, and reflected some of the leftist leanings of Jefferson's original Democratic-Republican Party (minus the moral qualms over slavery), just as at it's inception under Jackson, the issue of race (and pro-slavery) became the purview of the Democratic Party leading up to, and after, the Civil War.

In retrospect it is clear that the Democrats of the 1824-1854 period only supported states rights in order to insure that African-American's would not be freed, and that Native American land could be freely confiscated. Add to that their Anti-Catholicism, and it should come as no surprise why the DNC would later come to be the home of secessionists, anti-de-segregationists, eugenicists, and the KKK until the 1980's, and is in my opinion a political party that is currently still obsessed with race in the form of post-modern language deconstruction, Marxist intersectionality and identity politics.

But that's for the later posts in this series.