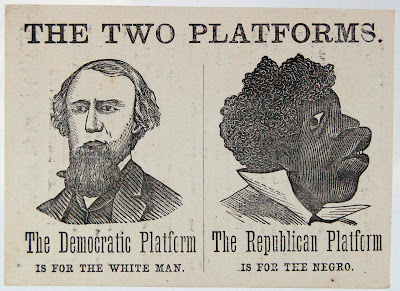 In the age of legacy media and alternative information fighting for segments of political narrative dom- inance, if not serving as press arms for the dominant political parties of the US, it is illuminating to study how these structures came about, what they stood and / or stand for, and how they evolved over time.

As a person who was firmly on the left as a very young man, and has leaned right since about the age of twenty, I have come to feel that many of us accept certain narratives and doctrines based more on our perception of the parties that claim to represent them, and our self-images of course, rather than by identification with specific platform points and philosophies.

Growing up in New York City, the all but overt messaging I received as a general sensibility was that the Democratic Party was, well...they were "normal". They were clearly the "good guys", and certainly, one should only vote for them, because to not - was just crazy. I mean, the Republicans were just horrible, horrible people (don't you know?). It was an unspoken truth that they were thoroughly deplorable, in every way, long before Hillary Clinton deemed everyone to the right of her position as such in the 2015 election cycle.

Ironically, what many fail to understand is that the corrupt Madame Secretary had long since gone through her own political evolution - not unalike millions of others in her generation and since. From a Goldwater Republican as a teenager, Miss Rodham fell under the spell of Socialist agitator Saul Alinsky, and as she drifted into the Democratic Party, she, like many other liberals of her generation, brought far left radicalism into the establishment. 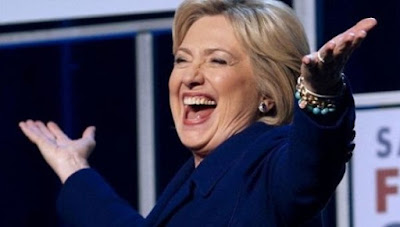 This toxic combination of Marxist-tinged leftist ideology being baked in a slow admixture with the military-industrial complex, led to the creation of a type of creature that is now commonly called a "Neo-Liberal", or "Neo-Lib" in contemporary social parlance. This concoction of victim politics and Corporatism created a bi-polar dissonance (i.e Woke CEO's) that achieved a kleptocratic high point in the 1990's - as many former hippies traded in their moccasins and hoodies for patent leather shoes and Chanel business suits. It's no coincidence that this high point matured during the Clinton administration, and was paralleled on the right side of the aisle by, you got it, the "Neo-Conservatives", or in short, the "Neo-Cons" - an equally despicable creature.

For those of you who I might have lost in the last passage I must explain that these euphemisms do not simple refer to renewed ("Neo") waves of Liberal and Conservative ideals - they instead refer to a new set of ideals, much in the same way that breeding a horse with a donkey creates a mule - it doesn't make a horse-donkey, or donkey-horse.

So we have Neo-Libs and Neo-Cons, as well as traditional Democrats and Republicans, as the dominant forces in America's two-party system. But where do these ideologies originate from? 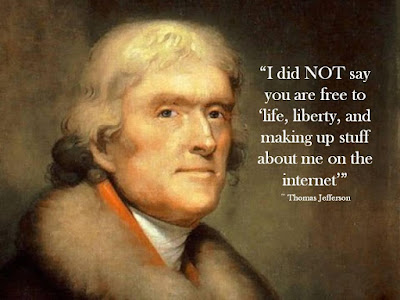 In this series of posts I will attempt to encapsulate in a very abbreviated form (but hopefully scholarly enough) how these ideas came into being, effected, and responded to one another over time.

My thesis in short will illuminate how the two major and recurring themes of American politics: Federalism and Anti-Federalism (i.e how much or little control the government has over individual, local and state issues) has really only been a debate within the Republican camp from 1789 until the present, while a platform primarily built upon ethno-identitarianism and Marxist identitarianism (i.e. race) has always been the purview of the Democratic Party, from its founding until now.

If we are able to recall our early school days, we  might remember studying the founding fathers and their nascent political alliances. In that, two particular opposing streams of thought stand out - Thomas Jefferson's Democratic-Republicans and John Adam's Federalists. While it would be very easy to picture that our current RNC and DNC and the direct heirs to these two parties, it is by no means that simple. In fact, I would argue that the notion that such is the case is a retro-active deception and a century old historical re-write created in order to clean up the sordid origins of the Democratic Party.

So let's go back to the very start and see how we got here. 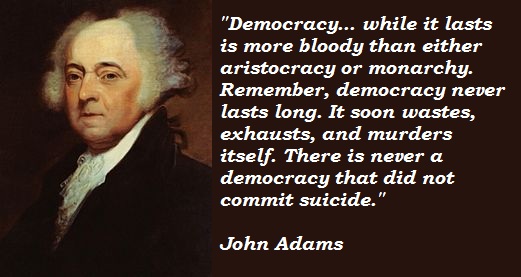 In the aftermath of the ratification of the US constitution and of George Washington's "independent" or at least "non-partisan" presidency, the Democratic-Republican Party was founded by President Thomas Jefferson and James Madison in 1792. It found support mostly in the southern states, and was in essence the successor of the Anti-Administration Party which had formed in 1789 and was dissolved in 1794. The party reflected the core beliefs of "Jeffersonian Democracy" (Jeffersonian Era 1801- 1817), which prized above all civic service.

The values of Republicanism opposed aristocracy, monarchy, central banking, the religious authority, and corruption. Within reason, it can be described as a socially center-left form of Classical Liberalism (i.e. the liberal ideals of the Enlighten- ment), and if we attempt to find a contemporary political parallels to it, I would suggest it maintained many common- alities with Libertarian thought, if not the current Libertarian Party - which in my opinion, has not yet adequately pieced together an holistic platform that would appeal to both right and left Libertarians.

The counter to both the Anti-Administration party and to the Democratic-Republican party was John Adam's and Alexander Hamilton's Pro-Administration party, better known as the Federalist Party, or simply, the Federalists (Federalist Era 1788-1801). The Federalist Party also formed in 1789, but unlike the Democratic-Republicans it found most of it's base in the chilly states of New England. The Federalist position was that government was innately an evil, but a necessary one, and thus, it should be regulated by a strong legal framework. Within reason, as a party the Federalists relied on traditional family and religious values and centralization of power and finances. Philosophically, it was both socially and fiscally more Conservative than the Jeffersonians, and would be best described as a center-right wing branch of Classical Liberalism, placing it firmly in the arena of most of today's Neo-Con's.

From the beginning the debate was always between how much, or how little, the newly created national government of the United States would, well, govern. States rights and the individual rights of man versus how much power the national government could, would, or should exert. I guess it was, and is, a bit of a pickle. 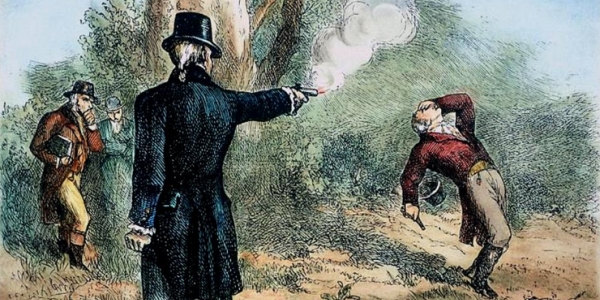 Both sides promoted their doctrines and opinions with the passionate zeal of devotees to a new faith, and before long the rivalry between the two parties became so extreme that duels in the name of the argument were taking place. The most epic and notable of these decades-long grudges was a pistol face-off between Federalist Alexander Hamilton and Jefferson's second Vice-President, Aaron Burr, who shot the prior to death in 1804. Burr was never charged, but it should be added that the duel ended his political career.

At the time, and until the Civil War, we must recall that often the President and Vice-President represented the opposing parties, with the loser of the electoral college taking the lesser seat. In a mythical construct where political civility reigned this sounds idealistically non-partisan and just wonderful. But in reality, this was not possible after the bitterness brought on by the north-south / Republican-Democratic schism and the Civil War that grew from it. But more on that later.

Regardless, the Federalist Party and the Democratic-Republican parties were both dissolved in the election of 1824 and morphed into very different creatures. However, the threads of their philosophy and streams of their thought both persisted and can be traced in some way until the current day.
Posted by Ira Rosenblum at 12:46:00 PM