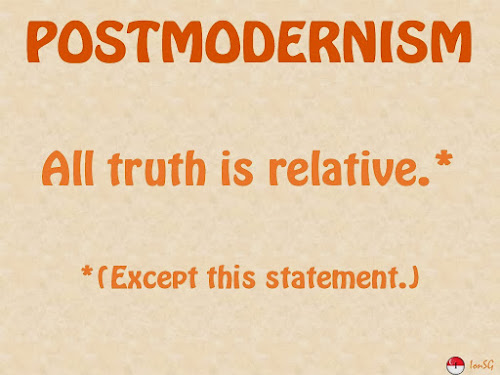 Welcome back to the wily and elusive Gauntlet of Balthazar for some passing obser- vations regarding cultural indoctrination and the conformity of thought.
You know, the little stuff.
We are of course all products of our particular environments, the time period in which we were born, and the cultures in which we were raised, as well as being strongly influenced by our nationality, economics, family, and broader sociological interactions. But, in the current Culture War, the philosophy of Post-Modernism has largely succeeded in gradually altering core sensibilities on a global scale.
I personally don't think that most people know what Post-Modernism is, nor do they even realize that they are Post-Modernist in their thinking - hence why this article has been titled "The Unwitting Post-Modernists".
Now obviously, some folk are more naturally immune to the effect of Post-Modernism, and I can't imagine hearing a member of a rural tribe in Papua New Guinea ever state that "Truth" is a "Relative Construct", but for those in the West, and all those influenced by modern urban culture, thoughts and statements such as this have become standard parlance, and in this, Post-Modernist philosophy has succeeded as an element of Cultural Marxism where Socialism has largely failed in political practice.
According to Wikipedia: 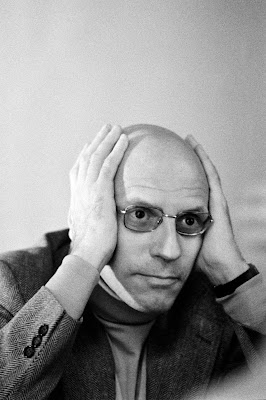 "Post-Modernism is a broad movement that developed in the mid-to late 20th century across philosophy, the arts, architecture, and criticism, marking a departure from modernism. The term has been more generally applied to describe a historical era said to follow after modernity and the tendencies of this era.

Postmodernism is generally defined by an attitude of skepticism, irony, or rejection toward what it describes as the grand narratives and ideologies associated with modernism, often criticizing Enlightenment rationality and focusing on the role of ideology in maintaining political or economic power. Postmodern thinkers frequently describe knowledge claims and value systems as contingent or socially-conditioned, describing them as products of political, historical, or cultural discourses and hierarchies.

Postmodern critical approaches gained purchase in the 1980s and 1990s, and have been adopted in a variety of academic and theoretical disciplines, including cultural studies, philosophy of science, economics, linguistics, architecture, feminist theory, and literary criticism, as well as art movements in fields such as literature, contemporary art, and music. Postmodernism is often associated with schools of thought such as deconstruction, post-structuralism, and institutional critique, as well as philosophers such as Jean-François Lyotard, Jacques Derrida, and Fredric Jameson (not to mention Michel Foucault - pictured to the right 👉).

Criticisms of postmodernism are intellectually diverse and include arguments that postmodernism promotes obscurantism, is meaningless, and that it adds nothing to analytical or empirical knowledge."

Fair enough - but this goes far beyond simple skepticism and deconstruction.

While an Asian Empiricist might deem this as a "Baizuo" idea, or a less eloquent Western Conservative might frame this whole approach as "book-smart Libtard thinking", there is no denying that we live under the philosophic yoke of the Post-Modernists. Well, at least most of us.

When I personally encounter someone who unconsciously promotes relativist thought, I like to regurgitate a nice maxim I've develop- ed specifically in order to address this creeping malaise. Try it on yourself - it goes like this: "YOUR Truth is that you believe that Gravity is a construct. THE Truth is that when you jump out of a skyscraper window - you die." Simple, eh? I've also had numerous discussions wherein any number of Post-Modernists insist that all sexual relationships are equally valid and beautiful. While this sounds "nice", it invariably puts them in the uncomfortable pos- ition of defending pedophilia, which through history, and in almost every human culture, has been collectively seen as an absolute wrong. But hey, a child's agency, or the lack thereof, is a construct too, right? So feel free to also put them on the defensive. It's a jolly good time.

Post-Modernist thinking in league with third wave radical feminist theory and the general swell of interest in antiquarian Socialist ideology has made it's home in university settings since the early 1980's, and over time has aided in inculcating the "educated" youth of the world into re-framing their thought along lines that now seem "normal". 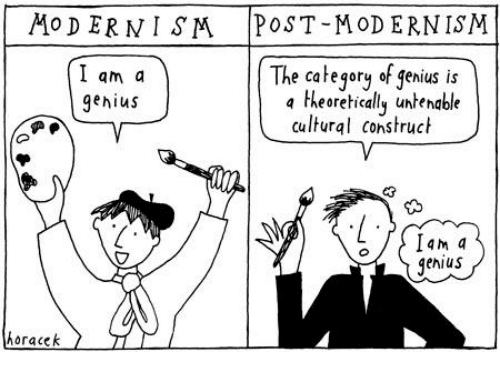 Sadly, for those of us who lean to Enlightenment liberty and /or Conservative values, our antecedents - rather than push back against the insidious influence of Post-Modernism, went along with it, because hey, we're supposed to respect everyone's beliefs, right? I guess the reasoning was, "Better to err on the side of being polite instead of contradicting someone". Thus, over time, the right ceded the moral high ground in the Culture War to a philosophy that proposes that there is NO MORALITY.

Nice hat trick, if I do say so myself.

Ironically, as a writer I'm a bit of a relativist, and I firmly believe in the maxim that a villain believes that he/she is the hero of their own story. However, while I try to dispassionately present all sides of a given philosophy, a Post-Modernist writer prefers to present everything as equally meaningless - but they will invariable avoid presenting a character who is not a Post-Modernist. They think this makes them inclusive and diverse, but they are missing the fact that not only are many people not Post-Modernist in their thinking, but many are overtly anti-Post-Modernist. That is the reality of diversity, and no matter how many "sensitivity advisors" one might find on a modern movie set, or human resources office pool, the fact is that while they might control the dominant narrative, they do not control how and what people think - nor should they. Conversely, I am quite aware of how many readers or viewers, simply because they have been strongly influenced by Post-Modernism, might perceive a characters as a "bad guy", just because the character in question reads as an "absolutist".

One would think that such relativists wouldn't be so quick to jump to judgement, but since the hallmark of their thinking is narcissistic and ideologically fueled, this has led leftists to move further into the "Social Justice Warrior" motif, to the point at which western societies are being torn apart by the monsters they created - misguided idealistic youth who believe they are rebelling but are at their core actually authoritarians dedicated to supporting big-tech, mega-corps, the state, and their utopian ideals of "changing" and "saving" the world. 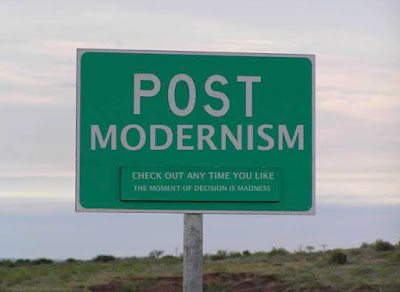 Sadly, what most ardent Post-Modernists, as well as Marxists, fail to grasp is that human nature can not be changed, and thus, all that their movement will accomplish in the long run will be social and inter- personal nihilistic destruction. This is why the so-called Anarcho-Communist anti-fascists (Antifa) are essentially fascist in their approach, and their stated anti-racism has been corroded with the soft bigotry of low expectations, inverted self-hatred, and rabid antisemitism.

In the end, I expect that Post-Modernism will eventually fade into the annals of history, and one day people will read the ponderous term papers and meandering novels that encapsulate the bourgeoisie Frankenstein psychosis of this period, and will try to relate to a world captivated by lack of beliefs. Well, aside from the belief of virtue signaling held together under a veil of Marxist utopianism and the tools it has always used to place, and keep, itself in power - class, race, and gender warfare.