The Great Electronic Music of the Day Give-Away Catalogue Reconfiguration 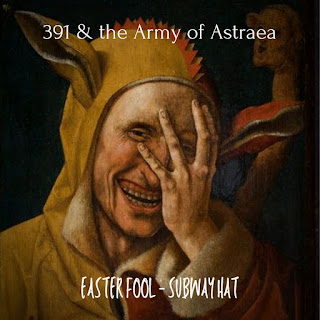 Hi all, and welcome back to the wily and wordy Gauntlet of Balthazar.

I have to admit that I've been holding back on penning several fiery articles here, mostly political in nature, probably because they're not based in fact or historical events. Within reason I sort of despise just ranting about personal feelings regarding larger issues, so let's just leave it at that for now, and let me get back to the point of this post - which is what I'm referring to as "The Great Catalogue Reconfiguration".

For quite some time I've been vexed by the past releases in the Gauntlet's "Electronic Music Piece of the Day Give-Away" series. Not that I have a problem with the tracks themselves or releasing them piecemeal online, but more so how they were compiled into albums on Bandcamp and elsewhere.

Therefore, I've made some changes to the "filing system" and extracted a number of tracks from the three 391 & the Army of Astraea compilation albums issued in 2018 and have retroactively released them as "singles" (and EP's). In all, these extracted tracks now supply five issues, and the compilations are, obviously, somewhat shorter and more focused on covering periods of releases rather than being "best of" samplers.

The retroactive singles are now: "The Aeon / Anaapotheosis" (2016), "Bipedal Locomotion / Urbitariot" (2017), "Clara and Natalia / Nine Hostages" (2017), "Veritas" (2017), and "Easter Fool / Subway Hat" (2018) (pictured above). While they're in no way pop music, I'm pretty sure they each deserved individual release status in the first place, and besides, I think the cover art came out quite nice for the most part.