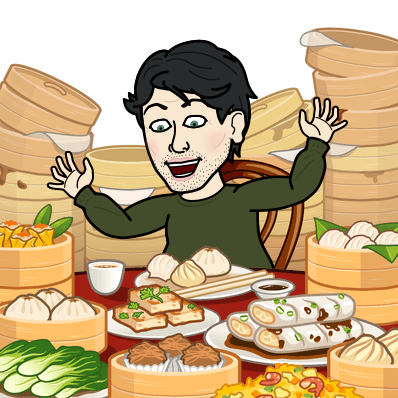 Welcome back to the Gauntlet of Balthazar for this little post celebrating our 40,000th page visit.

I have to admit that I've sometimes been confused, but more often very pleased, at the growth of this blogs audience. And while I'm fairly inconsistent with the frequency of uploads, as well as the content itself shifting gears based on my whims, I nonetheless appreciate each and everyone's time spent visiting these pages. So, whether you first came here for the the writing, the politics, the music, the art, or the reviews, I hope that at the very least you've found the diversity of content respectable and of interest.

Saying this, I'd like to turn to the Gauntlet's readers in Hong Kong, who have recently supplanted the United States as the dominant supplier of page visitors. As I've mentioned before, I've never explicitly penned an article in support of the Pro-Democracy Movement in Hong Kong, but I expect that the consistency of the Gauntlet's anti-Communist messaging and disparaging of Marxist Intersectionality, Post-Modernism, Critical Race Theory, Regressive Progressiveness, and the historical hypocrisy of the American Democratic Party, as well as the UK's Labor Party, has made this abundantly clear.

As a Right-Leaning Libertarian, or as I like to deem it a "Neo-Whig", I must say that I am overtly adoring of the accomplishments of American founding fathers like Jefferson, Adams and Madison, as well as the U.S. Constitution. This has led me to be, let us say, highly critical of Marxism, Socialism, and Communism, which I might add, I was fairly intrigued by when I was but a lad.

Likewise, as a Jewish kid growing up in New York, (like most Blacks, Latinos, Irish, Asians, Women, Gays, etc.) I was expected to be a lifelong Democrat, regardless if they as a political party didn't reflect my core beliefs in any other arena, let alone if they overtly conflicted with principles that I had come to feel were more important to my overall identity.

The Democrats, specifically in their 1990's Neo-Liberal "kleptocrat" manifestation, told me to keep voting for them, even as they contradicted not only my beliefs, but their own. Soon after, the DNC started to embrace the  same far-leftist doctrines that I had moved away from as far back as the middle of my college years. Much of this was later called "identity politics", which seemed to be designed not to help different people to get along, but rather to divide them, not to mention attempting to force me to feel apologetic, embarrassed, or even hateful, towards what I was, or held dear - yet, keep up the good votes, sucker.

One could say that the dissonance I felt is what led me to resist further the media brainwashing that I experienced and saw all around me as par for the course. I imagine that people supporting the pro-democracy movement in Hong Kong can easily relate to this. as they were expected to slowly abandon the society and principles they had lived under for a century, and let it give way to the slow creeping entrenchment of Chinese Communist Party surveillance, social media scoring, and repression of free speech.

In recent years we have seen Big Tech, Big Government, Mega-Corps, and the Media, all fall under the shared spell of far-leftist ideology, ushering corporate and globalist political interests to overlap. While we have seen agreement in that they all like money very much, these once-disparate forces nonetheless appear to prefer forced "equality", authoritarianism, and censorship far more.

Though Hong Kong had incorporated some aspects of British and Western society, they also never left behind their Chinese culture. One could in fact argue that China's "Great Leap Forward" attempted to destroy and rebuild Chinese society in order to create Marx's "New Man" - a goal that is highly questionable, and is as unattainable as the false utopia proposed by misguided street thugs the world over for upwards of two centuries.

This is indeed why the most infamous, so-called "right wing dictators", such as Hitler, Mussolini, Ataturk, etc. were all actually products of Communism, Socialism, and Progressive politics, no less than Mao, Stalin, Castro, Pol Pot, and Chavez. It is absolutely amazing that academics and the media were even able to get us to accept the notion that a Socialist like Hitler - who believed in gun control, abortion, universal health care, the influence of the state on the entrepreneurial economy, and was anti-church and anti-free speech, was on the right side of the political spectrum. Nonsense!

Thus, we Classical Liberals, Pro-Democracy Protestors, Moderates, Skeptics, Independents, Libertarians (right and left), Republicans, Conservatives (religious and not), and the true working classes, need to support one another in resisting the expansion of Communist authoritarianism and the leftist-brainwashed "latte liberal resistance" - who are in  actuality the establishment they have long protested they stand against.

I hope that the future holds in it a greater day for liberty.

Thanks again. Till next time.