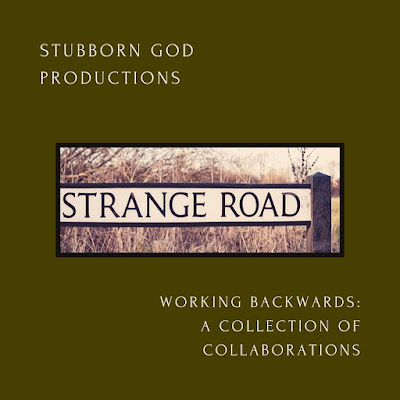 From the top I must apologize for my the lack of posts logged here through the month of September - especially in light of the incessant political and media manipulation, as well as social chaos, originating from those beholding (knowingly or not) to the utopian religious tenets codified by that misguided authoritarian (and self-hating Jew) Karl Marx. Oh well, there goes the culture war!

Likewise, while I often pondered over the last month which bit of film media to rake over the review coals (then again I repeat myself about Marx's insidious influence), or which aspect of screenplay writing I might feel like dissecting, I instead spent the last few weeks finishing off a series of final mixes for a collection of music tracks I decided would be released this October.

Unlike the last few electronically-driven outings by 391 & the Army of Astraea, this forthcoming release is a very different kind of animal. First of all it features mostly guitar, bass, and vocals. Second of all it's historical and represents some of the earliest analogue recordings Stubborn God Productions ever made - dating as far back as the summer of 1984. Third and last of all, the collection features no solo work - only collaborations. And so, it's mostly duets, but also trios and in a few cases four-part band. Genre-wise we've got Punk, Post-Punk, Alternative and Power-Pop, Industrial / Electronic, and some very embryonic Soundtrack works.

While I had literally dozens and dozens of source tracks to choose from, I eventually settled on just twenty that I feel cover the period in question nicely. Needless to say the repair work required to force many of these pieces up to suitable audio quality was extensive, and so in some cases they are as good as they will ever be.

The album, Stubborn God Productions - Working Backwards: A Collection of Collaborations, will be released on Bandcamp on the morning of October 13th, 2020 (Yeah, I'll admit it - I'm a sucker for the long since replaced record store Tuesday release day), and will be embedded here on the Gauntlet. It may or may not be uploaded to Soundcloud or other platforms, so if you think it's worth sharing, please forward the link to people you think might appreciate it.

Anyway, I have a few other posts ruminating in the corners of my mind for after the release, so hang in there figuratively and literally...Yes I'm talking to you Hong Kong. Keep up the good fight!