Why the West is Becoming Clockwork Orange 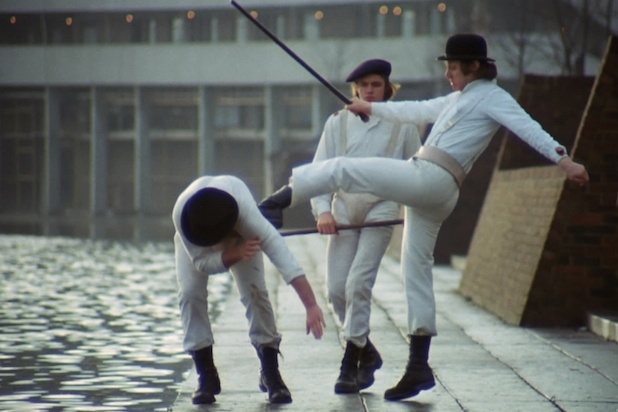 In Anthony Burgess's pivotal novel (1962), and the classic film directed by Stanley Kubrick (1971), the hyper-violent dysfunctional protagonist, Alex DeLarge, stands as a seminal paragon of the real world psychosis we currently see all around us, or well at least in urban areas of western nations. 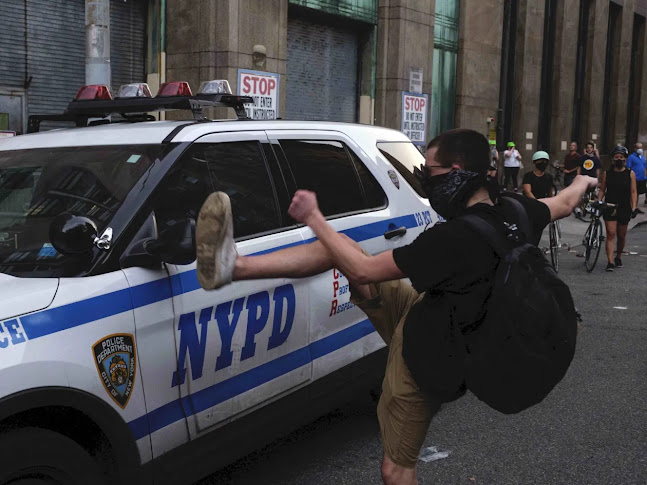 His tale is a cursory warning to the cultural elite and extremists on both sides of the political spectrum that a society lacking in positive role models, morality, civic values, which relies solely on the extremes of authoritarianism and over-indulgence, would inevitably create a generation of, well, monsters.

In my opinion that rushing train car has almost arrived at the station, and the clown world we now see in American cities like Seattle and Portland, puts on full display the monsters that the neo-liberals slowly created over the last few generations. Liberals, through their control of media outlets, and most importantly, their influence over the educational system - have made youth culture their preferred weapon in the culture war. Likewise, their knowing or unwitting goal of impressing Post-Modernist relativism and Marxist Intersectionality (in all of its class, race, and gender war splendor) on those youth in their formative years has become their guiding principle.

Alex DeLarge is very cultured. He likes Classical Music. He knows some Russian, and he lives in a welfare state overwhelmingly populated by older people (much like the impending age discrepancy demographic of many nations maintaining low birth rates...so, I suggest, 2045?). His gang of droogs take drugs, steal cars, fight with rival gangs, beat up homeless people, dodge corrupt police officers, and in general rob, rape, and pillage.

As the story goes on, the conservative tendency flexes its muscles and Alex ends up in prison, where he soon volunteers to undergo an experimental violence-aversion therapy in exchange for early release. The more sympathetic (liberal) characters, who wish to indulge, are very hopeful, but they have a hard time dealing with the fact that aversion therapy is pretty much torture, and so, later they regret what was done to "the poor lad". In the end the aversion procedure is erased and Alex is used by the media as a poster boy for the well-meaning nature of the recently elected liberal opposition party. In his lengthy absence Alex's old gang mates have become, you got it, corrupt police officers, and we are left with expectation that he will eventually return to his old ways.

In the real world, when you undermine traditional family structure, when you discourage a work ethic, when you pit races, classes, and genders against one another, and when you deny basic shared civic values, and even principles of reality - submitting that "truth" and "facts" are relative, you can't help but create children guided not only by their "ID", but more so by narcissism. 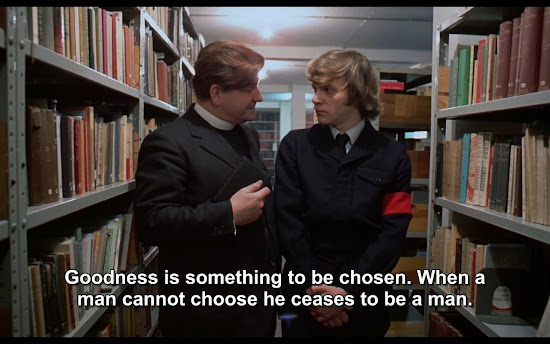 In the U.S. these narcissistic virtue-signalling Post-Modern Marxists have no choice other than to take to the streets and force their opinion on others through intimidation and coercion. Because, as narcissists, they've hit on the golden ticket, and so, everyone good must be like them, right? All that's left is choosing their target and then...berate, attack, and in some cases, 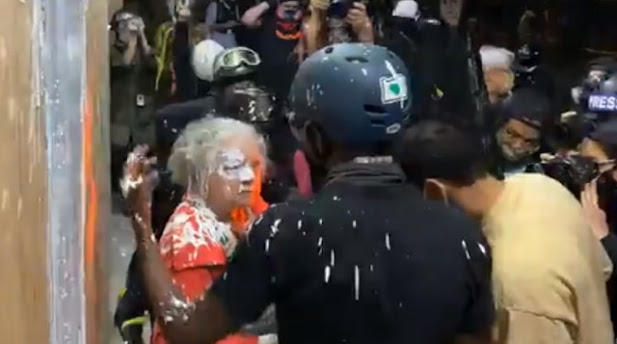 murder those who they suspect don't agree with them (yes, even when they're...gasp, black!). The fact that the supposedly moderate left in the halls of power will not condemn their little Frankenstein's is no different than the elites in Clockwork Orange giving Alex DeLarge a pass for his past crimes, 'cuz he's the victim, right?

Last week members of the fascist, yet supposedly anti-fascist, crypto-organization, Antifa, finally did what I suspected they would have gotten around to much earlier - burning books. While they pose as righteous zealots, they employ overt fascistic methodology, and so, I knew it was just a matter of time. I also knew what book it would be. Of course there was a chance that it could have just been a book with language that they have deemed "Un-PC" such as Tom Sawyer, or it could have been a book written by someone they actively dislike, like Ben Shapiro, or maybe even Trump's autobiography...'cuz Orange Man Bad! But face it, those printings just aren't foundational enough. So one guess...yes, you got it, The Bible. How could it have been anything else? So brave, Such magnificent warriors!

Of course, they wouldn't have had the guts to burn a single copy of the Quran, now would they? But hey, dissonant narratives are funny like that.

In the end these narcissist-elitists will continue playing working class heroes and fomenting violent revolution. They will maintain their disdain for civic nationalism as well as their neighbors while displaying their overriding ignorance of enlightenment liberalism. And most sadly, having inculcated the post-modernist sub-text, they will continue to burn flags and holy books.

Alex DeLarge would have been proud.

On that cheery note...Till next time.