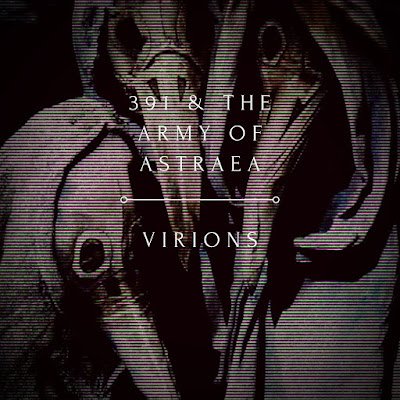 Welcome back to the Gauntlet of Balthazar for another great Tuesday morning record release day.

Today's recording (unlike the last two releases) is entirely a solo affair, and represents possibly the most minimalism-focused of all of the recent 391 & the Army of Astraea projects.

"Virions" is a Three-Track Extended Play Single that addresses the loss and isolation people have, and potentially will, feel when experiencing the consequences of global viral pandemics. By this I'm not referring to Flu's with a 99.5 recovery rate, but more so instances such as the Black Plague, Ebola, and hypothetical species die-off illnesses, such as presented in the 2018 Nevekari Enterprises penned series, "The Immune" - which is currently being shopped for production. A demo episode of the series, "Isolation Room", can be found online.

Through the process of recording I realized "Virions" might just be the first installment in a series that explores this theme - so uh, stay tuned. Also look for the first 391 & the Army of Astraea Singer-Songwriter Folk-Rock release - which is quite imminent.

Anyway, as specified on the issue's Bandcamp page: "In light of the overall Spatial / Stereophonic nature of the recordings, as well as the inclusion of certain Sub-Tonal elements throughout, the use of high-fidelity headphones as a listening medium is encouraged". So yeah, that's the best way to listen.

As usual the embed is below, so enjoy, and if you can, please follow 391 & the Army of Astraea on Bandcamp, and share if possible. Thank you all.