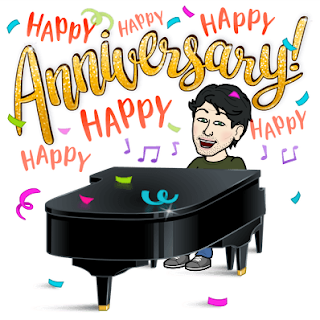 Hello all to, or back to, the spurious yet genuine, taciturn yet verbose, elusive yet findable, Gauntlet of Balthazar.

It seems a small celebration is in order today, as this very post marks the 200th entry since this blog was initiated (relatively) way back (by internet standards) on October 3rd, 2016.

Certainly some months, and even years, have seen a greater volume of content here than others, and as the site has evolved some subject matter has very obviously come to dominate a greater share of posts than others. Overall, the "From the Writer's Studio", "Electronic Music Piece of the Day Give-Away", and Political Philosophy posts have some- what overwhelmed Media Reviews, "From the Design Studio", "Sculpture Garden" and "Mixology", let alone Photography, the "My Dictionary; Word of Day", and Product Review features.

Perhaps it was a presumptuous task to attempt to tackle all of these fields in equal measure in the first place. But, nonetheless, even if the ratio continues as is, the initiating premise for the establishment of the Gauntlet was for it to not just to serve as a marketing tool for Nevekari Enterprises and Stubborn God Productions projects, but equally to be an outlet for "excess" artistic expression, as well as to provide a safe place to posit philosophical polemic away from combative keyboard warriors on the established social media platforms. After all, arguing with those who frankly haven't really familiarized themselves with the implications of their own positions is clearly a grand waste of time, and if they don't grasp their own philosophy, how could they ever be capable of allowing themselves to understand the deeper motivations and causal factors of the powers-that-be?

Therefore, while I'm very pleased that it seems a fair percentage of the Gauntlet's readers are liberty-minded, anti-authoritarian individuals, pro-democracy protesters, and I suspect even civic nationalists from around the globe, I certainly hope that even if there are many others who disagree with the sometimes uncompromising positions stated here (I'm clearly referring to the Globalists, Marxists, and Communists out there of course), I trust that even those mired in those camps might find some redeemable value in the various arts posted here. I mean, hey, on some level, art is all about exploring a deeper understanding of humanity at its core - and I'm pretty sure we all need that. 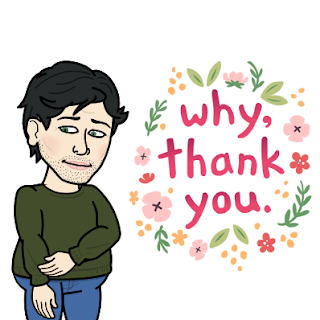 I like to feel that this blog has been very helpful tool in spurring on the creation of content - providing a framework of self-imposed "release dates" and a clear litmus of audience appreciation by topic through the analytics. As I've stated more than a few times lately, readers in beleaguered Hong Kong have recently stepped up to supply the overall top user numbers, once dominated by the US, and followed by Russia, China, Germany and dozens of other nations, and either way, that's just great. Obviously, the Gauntlet wants everyone, from everywhere, to enjoy the content here, and ideally to support the source of that content by subscribing to Nevekari Enterprises YouTube Channel, following 391 & the Army of Astraea's Bandcamp page, and "liking" the Stubborn God Productions Facebook page, among others.

I can't express enough how far these frankly simple and cost-free little acts go in support struggling artists, but in a world dominated by media giants and companies with seriously massive marketing budgets, every organic view, every play, and every "like", serves not just to edify the self-esteem of the creators, but more so aids in bolstering the image of the company in the eyes of more influential creators. Overall, this can only lead to growth and point the way to collaboration with those who can aid a project in finding a true universal audience to scale.

Well, I guess the mighty Gauntlet is off for now - plasma oozing out of its golden seams and strange appendages, so look forward to more groovy tunes, more wry observations, and more insightful reviews - including a followup in the Star Wars universe looking at The Mandalorian Season Two. Thanks so much again.