Double New Release Tuesday: From the Writer's Studio and Electronic Music Album of the Day 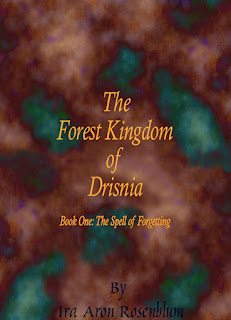 Welcome to, or back to, the puzzling and yet puzzled Gauntlet of Balthazar for a Tuesday smack jammed with new releases.

Firstly, in the Writer's Studio, the second chapter of my previously unpublished 2008 epic fantasy book, "The Forest Kingdom of Drisnia; Book One: The Spell of Forgetting" has now posted to Wattpad, joining the preface and first chapter. It's a psychologically complex yarn that's extremely prosaic and even though it's fantasy / "sword & sorcery", it's by no means designed with little kids in mind as the main reader demographic. Succeeding chapters will continue to post every Tuesday morning for the foreseeable future, and shortly, I expect that some other hidden tomes, as well as a few short stories will probably start to appear there as well. So please take a look, and of course, enjoy and share!

Secondly, in the music zone, today marks the release of a 391 & the Army of Astraea full-length album titled "Fuaim Redux". With the original instrumental tracks recorded between 2014-2016, these pieces were either remixed or re-imagined over the last few months...hence "Redux". Featuring guitar, bass, and live drums, in addition to synthesizers and rhythm programming, these tunes capture a transition between the analogue and digital phases of 391 & the Army of Astraea's evolution. It should also be mentioned that many of the tracks included on this album have appeared in films and promotional videos created by Nevekari Enterprises, or were inspired by Nevekari script treatments.Thus, the writing tie in!

Anyway, enjoy the book and the record, and share if you can. The embed is below as usual.

Thanks, and as always - till next time.

Email ThisBlogThis!Share to TwitterShare to FacebookShare to Pinterest
Labels: 391 & the Army of Astraea, From the Writer's Studio, Music, Nevekari Enterprises, Publishing, Stubborn God Productions, The Forest Kingdom of Drisna