From the Writer's Studio: Introducing...Yes, it's a Book...an Entire Book - One Chapter at a Time!

Welcome to, or back to, the prosaic yet often verbose Gauntlet of Balthazar for a post long in coming. If you've visited here before you may have noticed that aside from the politics and philosophy, there has always been an abundance of like links to music, embedded art images, and usually, videos or web pages related to script & film projects that originated with Nevekari Enterprises - the award-winning and multi-nominated screenwriting and creative content producing entity that I'm a part of. However, today I'd like to slip on the Gauntlet and introduce an earlier solo work in the form of a manuscript that was completed in in late 2008 - yet has remained unpublished, till now. So as I opt into the digital world, please excuse any shameless self-promotion from this point on. 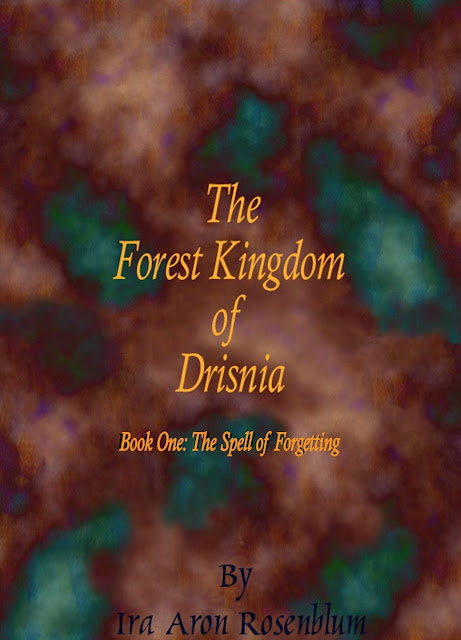 "The Forest Kingdom of Drisnia; Book One: The Spell of Forgetting" is the first in a series of six epic-fantasy novels (and accompanying Novellas) which chronicle the inter-generational saga of a royal family and it's closest intimates. A pervasively visceral tale, it is set in a hypo- thetical alternative history that introduces an ensemble cast of characters, who, through their navigation of a series of internal and external conflicts are tested and in the end overcome adversity and evolve into heroic archetypes. Written in a style laced with alliterative prose and psychological nuance, this literary novel stands reminiscent of such classics as Virgil's Aeneid, Mallory's L'Morte D'Arthur, and Tolkien's Ring Trilogy.

Featuring the Prince of Drisnia and his intended; the Princess of Lyndium, the tale relates how the Kingdom is beset by a mysterious and amorphous magical being referred to only as "The Effluvium". Imparting a dreadful form of amnesia to all those who come into contact with it, this is symbolic of the denial psychology of the main character, and the destruction the creature causes spurs the story into action. With that premise established, the ensemble moves through a series of harrowing adventures, historically accurate incidences of martial arts in the western tradition, tragic losses, uneasy alliances, and eventually come to the capitol of their ascribed enemy, where the Prince finds that many of his deepest long-held assumptions have been incorrect.

Based on the author's strict adherence to a limited Nostratic theory of languages, and the mytho-folkloric Euhemeristic philosophy of history, The Spell of Forgetting is told in a restricted third person omniscient style of narration, and is presented as being ostensibly written by an association of court scribes who have been employed to encapsulate the events therein in order to preserve their innate historicity for posterity.

I've chosen Wattpad as the host, but so far only my profile page, a detail page for the book (where most of the descriptive above is from), the preface, as well as the cover art and a map graphic are up. However, the first chapter will be coming October 5th, and from that point on, a new chapter will appear every Tuesday until its available for a read in its entirety.

Of course if you think Epic Fantasy influenced by the likes of Yeats and Joyce might be up your alley, please feel free to take a look, and / or to share it with others who you suspect might appreciate it. Oh, and here's the link: https://www.wattpad.com/story/286660062-the-forest-kingdom-of-drisnia-book-one-the-spell

Thank you all for any support you can offer! And as usual - till next time.

Email ThisBlogThis!Share to TwitterShare to FacebookShare to Pinterest
Labels: From the Writer's Studio, Nevekari Enterprises