What is Pinhole Photography, you may ask? Well, it's a lens-less technology derived from Camera Obscura, whose product are photographs in their most basic form. To elaborate, an exposure is made through a pin-sized hole cut into a receptacle of some sort, usually a can or box. The length of the exposure, and how bright the surrounding light is, determines the image captured on the photo paper, and unlike modern digital photography, the image is only presented after development.

Thanks for the concise artsy definition, Gauntlet of Balthazar, but why mention it? 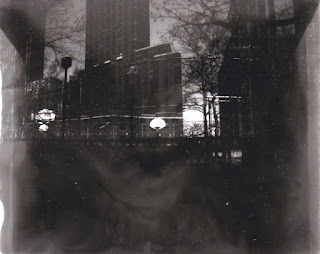 As it turns out, I mention it because my Nevekari Enterprises partner, Kevin Lennon, and I, taking a break from our script-righting endeavors, just so happen to have attended Worldwide Pinhole Photography Day on Staten Island at the Alice Austen House Museum.

In light of the diversity of this blog's posts, and our ramping up to get behind the camera and shoot our multi-nominated web-series pilot, "Asymmetric", I decided that the Gauntlet might be a good forum to display a couple of pics we took that day.

Not bad for first attempts, we think. 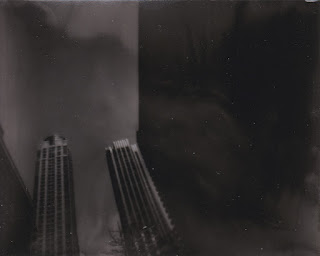