Brexit Update and the British Elections of 2017

In keeping up with global trends, and my general interest in British politics, I thought it might interesting to analyze the results of the 2017 British elections from an American perspective. So, let's begin by looking at the numbers first and hit the analysis (mostly) after.

The center-right Conservative Party, under the leadership of the somewhat feckless Theresa May, took the lead last night. Now it was no great lead by any measure, with the Tories taking only 48.9% of the vote, and racking up 318 seats for their party. In comparison, the Anti-Semitic, even softer on ISIS, Antifa-loving, Trotskyite-Communist  posing in the shape of a dedicated Labor Party Socialist, Jeremy Corbyn, took 40.2% of the vote, and thus, 261 seats in Parliament. Sadly, UKIP itself, under the leadership of Paul Nuttall, received 0% of the vote and 0 seats, proving once again that the British voter is more similar to the American voter than ever, leaning heavily on their two party-dominant system. Come on, Nigel Farage, where are you when we need you?

As far as the other parties go, the Liberal Democrats, under Tim Farron, did very well (for them), taking 12 seats based on 1.8% of the vote. Doing not as well was the Green Party, led by Caroline Lucas and Jonathan Bartley, at 1 seat, based on 0.2% of the vote. Sorry, climate change, there's just more pressing stuff right now!

For me, most of the other parties in the contest reflected predictable aspirations, or flat, pro or anti-UK and EU sensibilities, but hell, for completist sake an inventory should be in order, and in an election this tight, these minor parties will become magnified in their importance when it comes time for MPs to vote on some very important issues, such as Brexit.

So lets take a brief look and the regional voting starting with Northern Ireland.

The staunchly right-wing DUP, or Democratic Unionist Party of Ulster, took 10 seats in Parliament at 1.5% of the vote. The DUP generally support the Tories, and what is referred to as a "soft Brexit", as May has proposed. In league with them is the Ulster Unionist Party, under Robin Swann, who, like UKIP, scored 0% of the vote, and thus 0 seats. Likewise, the centrist "Alliance" party of Northern Ireland, led by Naomi Long, also gained 0% of the vote and 0 seats in Parliament. Left of the Alliance, but crapping out equally, was the SDLP, or, the Social Democratic Labour Party, headed by Colum Eastwood, who also ran 0 for 0. Conversely, Sinn Fein, the one time "respectable" political arm of the old IRA, under Gerry Adams and Michelle O'Neill, garnered 7 seats, and 1.1% of the vote. Clearly the old divide is still in place with little change. But hey, at least they're not shooting at one another.

The Welsh "Plaid Cymru" party, under Leanne Wood, received 4 seats, based on a 0.6% vote share. To complete the Celtic picture, the Scottish National Party, led by Nicola Sturgeon took the highest percentage below the Tories and Labor, with 35 Parliamentary seats dictated by 5.4% of the vote. Clearly the Scots are more of a "get out there and vote" demographic, or are just more interested in voting for local parties than "foreign" ones, even though they balked at a national departure from the UK just last year, and are strongly against Brexit.

In general these numbers, at least in Scotland and Ulster, reflect regional partisanship and the general populations level of the Celtic regions, with Scotland numbering about 5.3 million, Wales about 3.1 million, and Northern Ireland at 1.8 million. The Welsh are clearly the Celtic sub-demographic most inclined to vote for the dominant political national parties instead of just focusing on their own regional issues isolated from the UK as a whole. While all of these votes and seats just add to the general push and pull of pro-Tory, or pro-Labor, and the soft versus hard Brexit approach, they are in effect pawns on this chessboard, notwithstanding the emotions of the voters who support them.

So, in light of the slight margin between Conservative and Labor, what does this all mean? 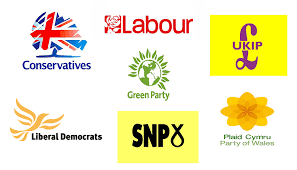 Well, what has occurred is what is generally known as a "hung Parliament". It means that the dominant party, in this case the Conservatives, have lost the majority, and they will be forced to form a government with the aid of other parties.

In this instant that other party is the DUP, which will give the coalition 328 seats in Parliament based on 50.4% of the vote. But as anyone can tell, this margin is so slight that an alliance on almost every issue will be required.

Of course, I am primarily referring to Brexit, which as a result of this thin margin will surely be hotly contested by a counter-coalition consisting of, I assume, Labor with perhaps the Scottish National Party, who are both patently anti-Brexit.

Obviously, from my description of him at the top of this post, and from past forays into this topic, particularly regarding the future of the EU, it must be abundantly clear that I am a person who would distinctly not be inclined to be a "Corbynite" (I know it's kind of geeky Star Trek homage, but hey...it fits).

However, even though she is a Conservative, and I generally appreciate right-wing fiscal policy, I am likewise tepid on May. She has proved herself to be soft on Brexit, soft on terror, and hard on increasing Britain's surveillance state and internet monitoring campaigns. The Tories have contested that this policy will diminish Jihadist influence, but I fear that the only thing they will crush with this tact will be personal opinion and public debate - reinforcing conformity and political correctness. I think we can all safely assume that some of these same objections are what led to this election debacle.

I am told that both May and Corbyn attest to be supporters of Brexit, of which I am a strong proponent. However, in May's case her endorsement is, if anything, only a begrudging acceptance of the referendum. In Corbyn's case, I expect that his pro-euro-skeptic stance is a complete farce, or perhaps even an outward lie. Yes, I'm calling him a liar. And I know that by doing so I will lose all of the Corbynites right here, if I didn't earlier, simply because the British bourgeois Starbucks Marxists who support him (yes, the actual laborers do not vote labor now) believe him to be beyond reproach. But, the bottom line is that Corbyn being pro-Brexit this just doesn't add up. Perhaps Corbyn even believes his own fabrication, but in my experience, those on the far left: Marxists, Socialists, Communists, etc., are by their very nature internationalists, and yearn for the systematic removal of all national sovereignty and the promotion of a variety of Globalist organizations in general, and the EU, the UN, NATO, NAFTA, etc., specifically. For goodness sake, the "workers" anthem is called "the Internationale".

So, even with the referendum, and all of Nigel Farage's good work, the entire Brexit process may be slowed down to a halt, or may be re-written to a "soft-Brexit", with England's ties to the EU not completely being severed from that CONTINENTAL MEDUSA. With a hard EU supporter like Macron being elected in France, it appears that we will have to suffer with the European Union a little longer, or at least until it either goes broke, or becomes a European Islamic Caliphate.

Have you Europeans not all read or seen "V is for Vendetta"? I recommend it highly if you have not, and I truly hope that it is not an accurate prognostication of the future of Great Britain and Europe.