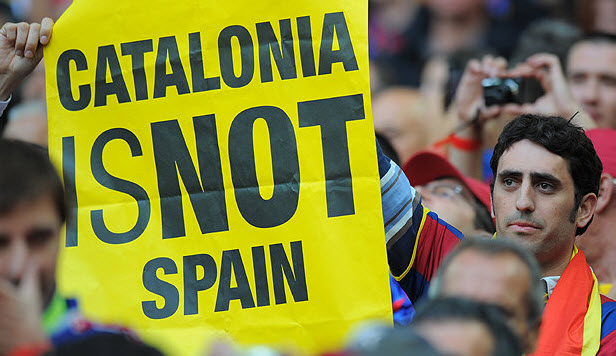 In the wake of the August 17th Barcelona terror attacks and the upcoming Catalan Independence Referendum, set to take place on October, 1, 2017, the government of Spain has made it abundantly clear that they oppose any move toward secession by any province of their nation. According to the Spanish Constitution, the referendum is wholly illegal, and as such, they have arrested key legislative and political figures, shut down pro-Catalan-independence websites, upped police presence, and are poised to exercise military intervention by the national army, if need be.

As a student of Medieval Spain as well as contemporary regional political and folk movements around the world, I find this situation extremely interesting, and I suspect this to be just the first in a new wave of regional secessionist dominoes that will fall largely due to a variety of factors. These factors include, I feel; economic self-interest, sub-cultural identitarianism, and most importantly, that this is part of a general global push away from collectivism and a romance with local self-determination and national sovereignty.

But first, let's take a little look at the back-story here.

In the Muslim period, Catalonia was a unique player in the regional wars called the “Reyes de Taifa”. These wars are probably best described as the petty turf contests of regional kings which commenced in the aftermath of the fall of the Ummayad Caliphate of Cordoba in 1031 C.E. Just three hundred years earlier, Berber, Yemini, Moorish, and Syrian immigration to Spain started, following the Berber invasion by Tariq Ibn Ziyad, (and assisted by the Jews of Spain) in 711 C.E., which deposed the Visigoth Arian Christian King, Roderic. During this era Spain was not only under Muslim military control, but was highly influenced by eastern culture in general. Andalusia, and the south in particular, as well as key cities such as Seville and Cordoba were hotbeds of cultural interplay, but also of a growing religious divisiveness between the Christian faith of the majority and the Muslim (and Jewish) faith(s) of the elite. 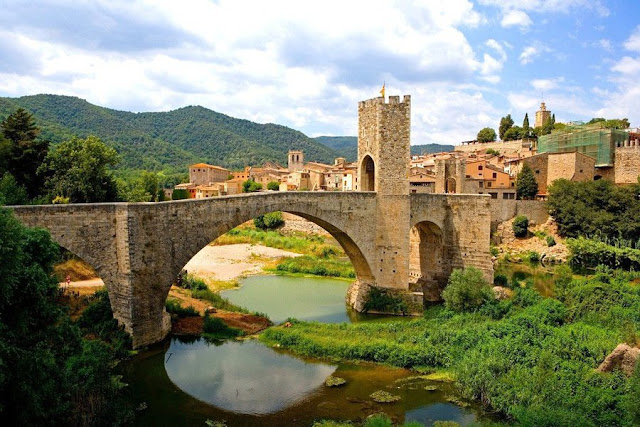 While the north, i.e. Castile and Aragon, were gearing up hard for the Christian Re-Conquest of the nation, the coast straddled the middle path between these two forces. Sure, the Catalans were Catholic, but they were also no strangers to Muslim influence. As a striking example I should probably point out that at one point in the tenth century, the city of Valencia was ruled by a junta of self-emancipated slaves who were pagans of Eastern European extraction, and were Arabic speaking. While this might seem odd to those who think of Spain as a cultural monolith, I think this example serves to illustrate the complexities of the origins of modern Spain and its persisting regionalism.

In this local context of the wars of the petty Kings, Catalonia chose to offer their services universally as acknowledged prodigious cavalrymen to the highest bidder, and frankly, the highest bidder was often Muslim. Needless to say, in this culture of mounting dogmatism, and outspoken ideologue monk come-martyr, many other Christians, in the other provinces, didn’t take kindly to fellow Catholics that chose to not side with them against the Muslim threat, and so, the Catalans developed, or rather, fortified a perception that their regional independence and culture was far more important to them than Christendom as a whole, or of the notion of a unified Spain.

The re-conquest ended in 1492, and by 1614 the process of the "de-Islamization" of Spain was “complete”. A century later, in 1714, the War of Spanish Succession firmly brought an end to Catalan independence, and it would not be on the table again for until the restoration of democracy after the death of rightist dictator Francisco Franco in 1975. Under Franco, Spanish regionalism was suppressed, and generally, the political face of various regional movements took on a leftist orientation. Starting in the late 1960’s the hyper-violent Basque nationalist movement, ETA, shattered the image of the mild-mannered regional folklorist by launching attacks against the central government that would continue to their permanent cease fire in 2011. While parallels between ETA and the Irish Republican Army can easily be made, the Catalans seemed much more interested in going about their separatism primarily by legal means. Parties proliferated and a general paradigm shift occurred starting in the 1980’s, when many of the newer movements veered to a more Conservative bent. I suspect this is a clear reaction to the leftist regime in Madrid, as well as to the globalist anti-sovereignty agenda of the European Union. Like Brexit, or Donald Trump’s election in the US, the Catalan Separatist movement is in many respects a reaction, knowingly or unknowingly, to global trends and shifts to and from various levels regarding the implementation of economic and cultural Marxism.

It remains to be seen if Catalonia will persevere in light of Madrid’s aggression, but I suspect that the more the powers that be attempt to put down the regional movements, the more they will fuel the fire of the secessionists. Like the left in the US, who have been in attack mode since last November, they have only emboldened the “man on the fence”, and pushed him to the right. Likewise, Madrid will push the Catalans.

I expect the next move for the Catalans will be the invoking of EU aid in negotiating with Madrid. But I think that is an endeavor that is doomed to failure, as the EU is overtly collectivist, and I find it highly unlikely that they will side with Catalonia over Spain. Thus, this will play into the separatists hands, who can then illustrate to their followers that the EU has abandoned them, not that they were going to apply to be a member state anyway. Regardless, this will stir up the secessionist movements in the other provinces, not only in Spain, but I expect in France as well. We must note here that Marine Le Pen scored her best in French departments in the eastern Occitan as well as in Aisne and Calais, for obvious reasons. If these reasons combine with regional linguistic identity, all the more gunpowder for the keg. 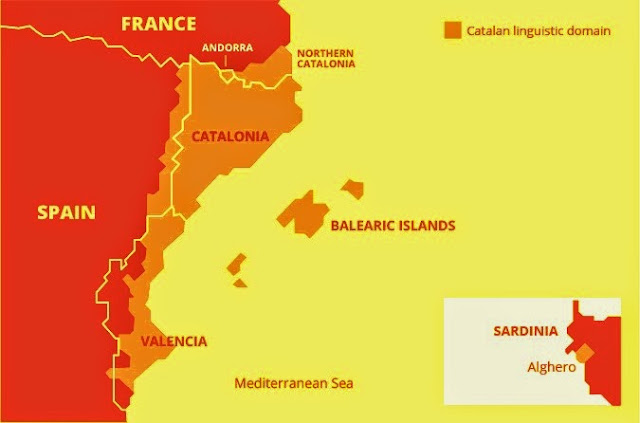 In the event that Catalonia does succeed in gaining her independence from Spain, I suspect that Valencia, La Franja, the Islands, and El Carche in Murcia, could merge together to form a Catalan-speaking majority super-state. It is fairly unlikely that Catalan-speakers on the French side of the border would be included in this, but who knows how far this unraveling might go. Likewise, if emboldened enough, the Basque separatists might return to their once radical goals and “Spainexit” as well, taking Navarre, in hopes of uniting with Basques, once gain, over the border in France. Though not as wealthy, and historically less vocal about secession from Spain, the Celtic provinces of the north; Asturias, Cantabria, and Galicia might then seek a Hispano-Celtic state, hoping to unite with their Gallego brothers and sisters in the mountains of northern Portugal.

But, this cultural regional sovereignty impetus need not end with only Spain and Catalonia. From Barcelona it could easily move into several other sectors of Western and Central Europe, powered by the success, or even the failure, of the Catalan struggle, and serve to protest or undermine the indeterminable reach and faux-lawful hegemony of the European Union in their comfy offices in Brussels.


To sum up, within reason Spain possesses several provinces that are ripe for regional independence, not just Catalonia, and we’ll just have to wait and see how hard Madrid, and the European Union push back. As a historical supporter of all regional self-determining, and democratic, multi or uni-ethno-super-states culled from existing entities, such as Kurdistan, I fully support Catalonia’s effort to shake off the yoke of Madrid’s cultural dominance and the umbrella of the European Union.