"Did you ever have the feeling you was being, watched?", was the classic Bug's Bunny query to the monster, sometime called Gossamer, in the 1946 Looney Toons Halloween feature "Hair-Raising Hare". As a child I remember I laughed and laughed when the monster, previously terrifying, suddenly internalizes his own paranoia and flees in blind panic into the infinite distance, leaving room for a well-placed Bugs Bunny closing zinger. 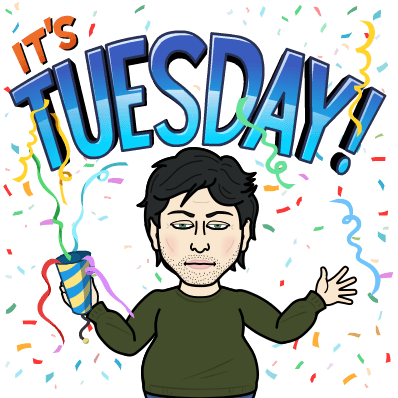 Well, we are all being watched, intently, not by spies, or Stasi neighbors, but by heuristic algorithm.

But first, the back-story.

I recall from the haze of my youth the moment I first heard of the handy-dandy new device the banks had introduced, called the ATM machine. This new device, in tandem with your personalized plastic card, gave you access to your bank account, and even let you withdraw cash from said machine. I must say, that at first, it didn't seem like the most amazing innovation. It was an impersonal substitute bank teller, that was just one step ahead of the coin changer in the video arcade's we all spent far too many hours in as hormone-burgeoning adolescents. Regardless of the ease of utilizing these devices, at first I just withdrew cash from them and paid for everything with green. But, that was not the goal of the banks at all. They wanted us to pay for everything with cards of different sorts, and use less physical cash overall. Deep in my sci-fi dystopian damaged heart, I knew that if I bought items with cards, my purchases would have tracking data connected to them, like GPS following my movements explicitly, and this all gave me great pause.

But, like the rest of us, I eventually broke down and started using the card directly at various retail establishments. "So what?" many people asked me when confronted, or confused, by my clear paranoia. "Even if some company knows what you are buying, who cares? What difference does it make?", was the general consensus to my concerns, and so, as I said, I weakened over time and used it, more and more. Besides, it was quite a hike to the bank to get money just to walk back to the supermarket. What a waste of time, right?

"Who cares what you buy?", was in all actuality becoming, "You are what you buy". And so, through the 1990's the process of data collection was well on the road to its full blossoming as indispensable to the way we live now.

We, as the consumers they wanted us to be, allowed ourselves to become piles and pile of consumer data for them, which when combined with  demographic statistics and "click tracking", formed the basis of the first marketing algorithms used by internet search engines like Lycos, Ask, Look Smart, oh, and a little company you might have heard of called Google.

Even early on Google was ahead of the rest, and soon, most of the others would fall by the wayside or were marginalized by the power of Larry Page and Sergey Brin's ad revenue generating "search engine". But Google's searches were not just like a helpful friend answering a burning question or two for you, it was an evolving algorithm that played well with others. It was tied to online purchases, and another new thing you might of heard of called "social media".

In the aftermath of the early social media wars, the dominance of Facebook and Twitter, as well as Google, particularly after their purchase of the online video service, YouTube in 2006, in conjunction with the widespread implementation of smart phones, really preempted the present state of how we all live, work, and play, at least to some or greater extent. 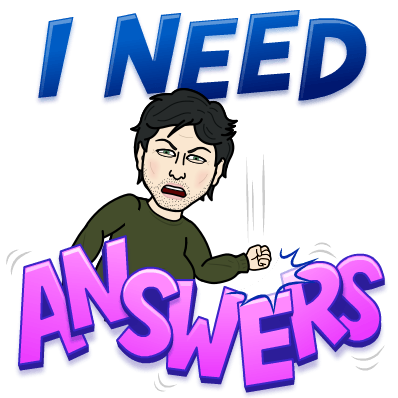 But, with hegemony comes great power, and with great power comes agenda, and if your agenda is all about control, as is the fancy of many an authoritarian on both the left or the right, then this can be a cocktail for surveillance. Through the Obama years, we are now told by Wikileak's exposure of the "Vault Seven" conspiracy of Google and Facebook cooperating with the CIA and other government agencies here and abroad, that those machines do indeed monitor what we are all doing, saying, and if they could, thinking.

Of course, when this all came out, the "powers that be" were quick to defend their interloping as at once harmless, but also as a means to monitor potential terror threats in cyberspace, and thus, they were doing us all a favor, right? But, we all had lives, and, well, "give me convenience or give me death" ruled the roost once again, and we let it pass by with barely a bump in the night.

In the wake of the 2016 election, the radicalization of the left (and the far left) saw them doubling down on their use and abuse of the power they had. Realizing that right wing voices, having been pushed out of the mainstream media, had cordoned out a home on the web, the left just needed to nip that in the retroactive bud.

"Could all of this skeptic "shitposting" be in some way responsible for why our Queen had been dethroned before her coronation?", the liberal media must have asked itself. Well the answer was a resounding YES, and so, since operative leftist thinking had quickly morphed into "anyone who disagrees with our consensus opinion is, well, a Nazi, even when all signs pointed to them not being Nazis, but rather, belonging to another political party or philosophy, the left justified ramping up its aggressive tactics against its "enemies".

Antifa operatives often scrawl "Liberals get the bullet too" as one of their Communist inspired slogan graffiti, but make no mistake, the left in general easily fell into this "latte liberal" revolution larping as well. They just aimed their political ire at those to their immediate right.

But oh, to the point of how this relates directly to the Gauntlet.

Brin, Zuckerberg, and the like, have never hidden their complicity and clear preference for leftist politics and social justice, and such is frankly endemic all over Silicon Valley. They may all be consummate Capitalists on some level, but they have also  been highly effected by the Social Justice Warrior movement, Marxist academia, and liberal media indoctrination.

Thus, it almost came as no surprise when Facebook agreed to voluntarily monitor its content, and loosened the parameters for users filing complaints against individuals and groups that someone might feel fell short of "community guidelines", or to be frank, were saying things other people just didn't like to hear. Gone is the forum of ideas, debate, and reasonable discussion, leaving only "shut 'em down if you don't like 'em", in its place.

Google likewise upped its monitoring of content, and aside from deleting videos outright, YouTube began a process of demonetizing specific videos and channels that they now deemed, "too controversial". Strangely, this rarely happened to left wing pundits, or even radical Muslim or identitaian racists on the approved side, meaning that African-American race-baiting groups were given far more latitude than, White-American race baiting groups, even though both might have been equally virulent and racist. Regardless, the extreme groups are not even really the issue here, because this demonetization and censorship was/is impacting those who were moderate skeptics, classical liberals, and Conservatives and Libertarians who were no where near the end of the spectrum where basement dwelling race mutants live. 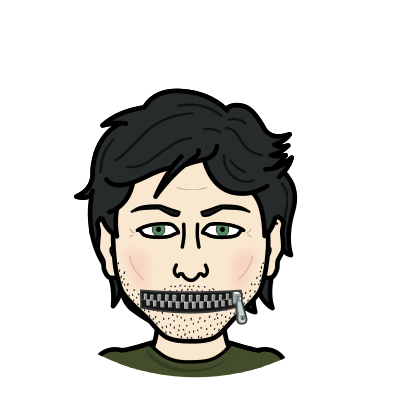 As you may or may not know, Blogger, the service that this blog, the Gauntlet of Balthazar, is hosted on, is a Google owned app, and as you might have also noted if you've been here before, or merely if you look around the pages now, that much of my content is political in nature. Now, much isn't as well. I also promote my film and writing projects, upload music I create, share photos, discuss film or script work, or occasionally log a created "word of the day" as a lark, but yes, there is some political analysis, and it is clearly written from an Anarcho-Libertarian point of view, and generally reflects the fiscal Conservative side of the American political spectrum, particularly in regard to my sometimes overtly stated anti-Marxist content.

Well, it seems that, perhaps simply due to the fact that the Gauntlet has culled some slight traction in the blogsphere, that Blogger sought to derail the process. Now, this is not censorship in that they directly edit what I hath writ, but in essence when entities like Blogger, Google, what have you, deem content "controversial", they now feel empowered to go ahead and change the search engine parameters for those they deem "offenders".

I noticed the first change in early September 2017, when for the first time in since the Gauntlet was just getting off the ground I failed to get a +1 "rating" for each post from Google Plus. "How odd!" I thought to myself, but I let it go. Next I noticed my page view numbers had declined slightly over the course of the month. But I let that go as well, even though this information conflicted with specific recent posts gaining some of the highest direct per click hits yet. What broke the chain for me was that upon sharing a post on Facebook, I noticed that the Gauntlet's url suffix had been redirect to, of all places, a .PE (Peru) country code.

You see, by engaging in intentionally altering the html script and search placement parameters for a submitted url, and directing it away from the best position for it to gain more clicks and views, Blogger and Google remain not in violation of their service agreement with users such as myself, while at the same time effectively burying a blog at the bottom of a very long pile of results that won't be seen by anyone accidentally. So, while the Gauntlet of Balthazar remained online, posts from that point forward were essentially hidden in plain sight. I have not yet monetized it with the Adsense app yet, so there was no danger of loosing ad revenue, but I must add that this way of doing things is a remarkably sneaky one. In the off chance that this is not an effect of politics, but merely an automated function based on numbers of views, then their policy is just an opportunistic way of forcing users to remedy it by the most expedient means necessary, which is buying the domain name from Google for the not-insurmountable fee of twelve dollars, as I did.

Either way, I view my demotion with a sense of pride. A badge of honor, if you will. Just eleven months in and being politically censored seems like a good place to be. And if it was simply because the Gauntlet has gained "too many" readers that's fine as well. But I must add, isn't it just so "cute" when massive faceless corporations have the time to pick political sides?