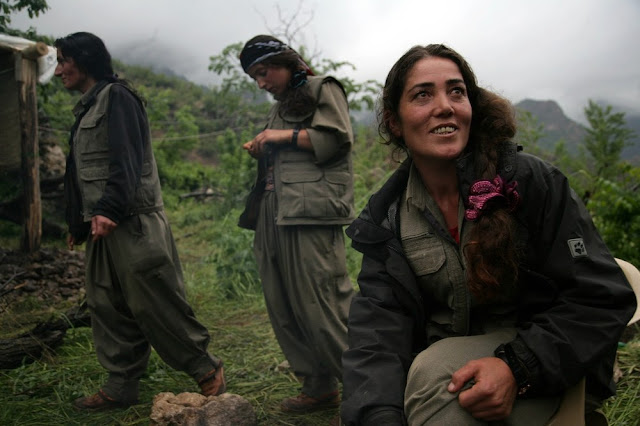 On September 25th, 2017, the Kurdish community of northern Iraq voted in a regional referendum that was in many respects quite similar to the one that occurred in the province of Catalunya, in Spain. Like the Catalans (see my previous article on the referendum in Catalonia), the vast majority of Kurds who voted (some 93%) also cast their ballots for independence, and the celebrations commenced.

I have long, and very vocally, supported the aspirations of the Kurdish people in their desire to forge a sovereign and pluralistic democratic ethno-state in the region, and for as many years as I supported that cause, I saw that the forces that were poised against their endeavor plied tactics that not only worked counter to the Kurds aspirations, but I must add that these tactics were also duplicitous, misleading and corrupt. But, as per my nature, these media and political deceptions only urged me to stronger support. Thus, I have followed the plight of Kurdish independence since at least the first Gulf War, if not earlier, and I arrived my position by way of several philosophic streams which I will go into at length later in this post.

But first, just who are the Kurds?

Globally, the Kurds are estimated to number anywhere from a low of 30 million, to possibly as high as 45 million, with the majority living in the region they regard as Greater Kurdistan. However, there are significant Kurdish Diaspora communities in the cities of western Turkey, in particular Istanbul. A recent Kurdish Diaspora has also developed in Western countries, primarily in Germany. The Kurds are the majority population in the autonomous region of Iraqi Kurdistan, and are a significant minority group in the neighboring countries of Turkey, Iran, and Syria, where Kurdish nationalist movements continue to pursue greater autonomy and cultural rights.

"The land of Karda" is mentioned on a Sumerian clay-tablet dated to the 3rd millennium B.C. This land was inhabited by "the people of Su" who dwelt in the southern regions of Lake Van; The philological connection between "Kurd" and "Karda" is uncertain but the relationship is considered possible. Other Sumerian clay-tables referred to the people, who lived in the land of Karda, as the Qarduchi and the Qurti.

Many Kurds consider themselves descended from the Medes, an ancient Iranian people, and even use a calendar dating from 612 B.C., when the Assyrian capital of Nineveh was conquered by the Medes. The claimed Median descent is reflected in the words of the Kurdish national anthem: "We are the children of the Medes and Kai Khosrow." However, MacKenzie and Asatrian challenge the relation of the Median language to Kurdish. The Kurdish languages, on the other hand, form a subgroup of the Northwestern Iranian languages like Median. Some researchers consider the independent Kardouchoi as the ancestors of the Kurds, while others prefer Cyrtians. The term "Kurd," however, is first encountered in Arabic sources of the seventh century. Books from the early Islamic era, including those containing legends such as the Shahnameh and the Middle Persian Kar-Namag i Ardashir i Pabagan, and other early Islamic sources provide early attestation of the name Kurd. 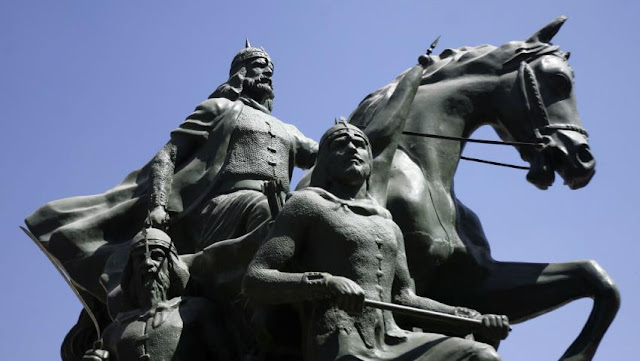 So, as a people, the Kurds are ancient and unique. The Greeks and Romans were quite aware of them, and they ruled kingdoms with strong ties to the traditions Mesopotamia, Asia Minor, and the pre-Islamic Persian dominated middle east. On a peculiar DNA note, the Kurds possess the globally highest presence of the Cohen-Modal Haplotype (the genetic marker associated with the ancient priestly caste of the Jewish Cohanim) outside of a Jewish population. But this shouldn't be all that surprising to students of middle eastern history since Kurdistan once boasted a disproportionately very large Jewish presence that started in the times of Zoroaster and lasted till just after the State of Israel was established.

Today, the Kurds are both Sunni and Shia, Nationalists, Democrats and Communists, and their region is also home to populations of Turkmen, Yezidis, Assyrians, Chaldeans, Other Eastern Christians, Mandeans, Armenians, as well as Iraqi and Syrian Sunni and Shia Arabs, Turks, Iranians, and others. But, what is most important in all this is that they believe they are distinct, and possess a desire to express that distinction in concrete real world political action.

Needless to say, I have often dealt with people who do not share my penchant for the Kurdish secessionist movement, and hearing their reasons for not supporting the Kurds, I internally found their rationales, lacking.

So let's break it down, shall we? And suss out who is for and who is against Kurdish nationalism, and why?

In the US, politicos of the DNC AND GOP Corporatist type, otherwise referred to as neo-Conservatives, RINOS, and war-hawks, have far too much invested in the military-industrial complex, smooth relations with Turkey, and their Saudi Arabian masters to allow a fly in the ointment like the Kurds to mess up the gravy train. In the first Gulf War I was personally incensed when George Bush Sr. encouraged the Kurds to rise up against Saddam Hussein, and then left them high and dry with no support, leaving them to be picked off in the mountains by all too eager Turkish border guards.

Some Iraqi Christians are extremely concerned by Kurdish dominance in the region they share, but I feel these concerns are largely based on abuses which are historical in nature. I propose any bad element of cultural appropriation or religious animosity between these communities could be ameliorated over time through fellowship and inclusion in the newly proposed political apparatus.

Sure, I opposed the invasion of Iraq in the first place, as I believed, and still believe, that Saddam Hussein's regime, in many respects, functioned in the better interests of the US than, well, anarchy, and the emergence of ISIS. But, when you break it you buy it, and as I often say, the only thing dumber than sending troops into Iraq, was abandoning it. Since Iraq is now a stones throw away from being a failed state, I'm absolutely fine with dissembling it and parceling out new and functional entities.

Since the referendum, the Iraqi central government has stated its opposition to the Kurdish region breaking away from the unified nation. I personally expect that they are just one step behind Madrid's tactics in Barcelona of late. As Spanish police smash Catalan heads in a telling preview of Emmanuel Macron and Angela Merkel's proposed "European Union Army", we can see that, aside from any nationalist considerations of citizens from outside of these "rebellious provinces" (another low grade opposition type - who just don't want to lose a part of their country), the European Unionists and Caliphatists will always be against sovereignty secessionists because in the end, the collectivist tendencies of Socialists and Islamists are essentially the same. 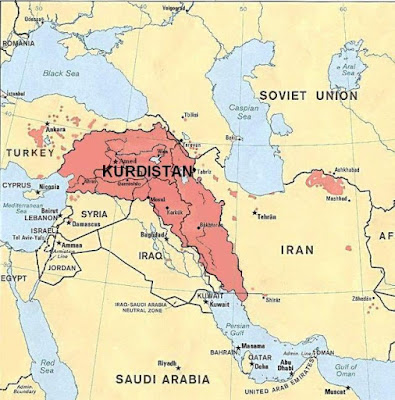 When a dogma promotes the idea that their system, and their system alone is the cure for all worldly ills, it is only a matter of time until their compulsion to fascism forces uniformity. "We are not Italians or Frenchmen, we are Europeans", is no different a chant than "We are not Egyptians or Iraqi, we are all Muslims". Both of these paradigms only encourage uniformity, and encourage minorities to flee regions, then nations, and sends them into cultural exile.

To an Islamist, even one who is not Turkish, a Kurdish state is certainly a step in the wrong direction. It moves Muslim's away from unity into a world that recognizes diversity. But guess what? That diversity is real, and if the Kurds want their sovereignty then they should have it. Muslims may fool themselves that one day everyone will be Muslim, and when that happens, the earth will be like Eden. But, I assure you, with no cynicism, but only in an acceptance of human nature, that the day we all become Muslim is the day we start killing one another. And this is not an attack against Islam. It is the same with Socialism or Communism, or any other exclusive philosophy. There is no single system, political, or religious, that can fix the world, and as I have made abundantly clear here in other posts on the Gauntlet, I think it wholly misguided to even try. The world is what it is, and the Kurds and the Catalans are what they are, as we are all what we all are.

Soon we will see the end result of both of these referendums and the repression that will follow, and I for one will continue to support both endeavors, unless I see evidence that such new entities might be abusive or dictatorial. I have light concerns about the Kurdish PKK as a Communist party, just as I have light concerns about far-left and far-right elements in Catalonia, but from what I can see both are on the right track to installing potentially successful states for their languages, cultures, and people.