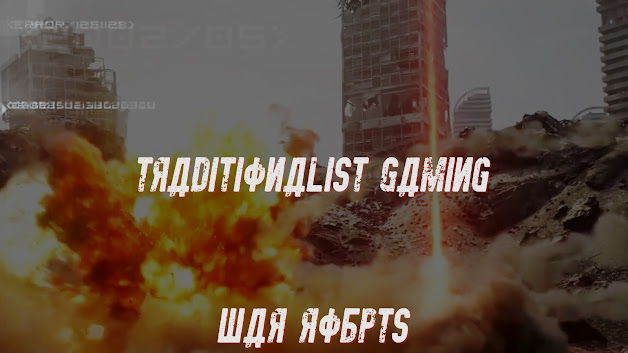 Hello everyone, and welcome back to the tech-saavy, yet luddite-inclined mighty Gauntlet of Balthazar. I know its been quite a long time since the last post here, but what can I say, the Gauntlet has been firmly stuck in the "on" position for the entire summer. However, as a result Nevekari Enterprises has a forthcoming new comedy series added to its burgeoning roster (scripts, series bible, and pitch deck - more on that later), and Stubborn God Productions has a new full-length 391 & the Army of Astraea album (coming out next Tuesday). So yeah, there's that.

But, as a well-documented glutton for punishment, I recently revisited a very old idea of starting a YouTube channel dedicated to my love of the online third-person shooter multi-player video game "War Robots". Now, I've been playing the game in my free time for the last few years, and as I've risen in the ranks, I thought it might be nice (particularly as a marketing "experiment") to see how a channel like that might perform, especially in contrast to the existing media that my various companies, including the Gauntlet, have thrown willy-nilly into the media landscape.

The appeal of the game, at least initially, for my Gauntlet-ensconced fist, was that it was fun in a destructive way, yet there was no human-on-human violence like so many other games out there at present (such as Fortnite, etc.), and as crazy as it might be, I sort of feel that humans killing other humans, even in animated avatar form, is a symptom of a malfunctioning culture. Over time I was sucked into the in-game "arms race" of procuring newer, stronger robots, their pilots, updated weapons, additional armor, power modules, drones, Titans (Mega-Robots), orbital mother-ships all for the purpose of "maxing" them all out and leveling up through the leagues while learning the specific skills associated with each bot.

Anyway, the name I've chosen for the channel is "Traditionalist Gaming", ('cuz I've been gaming since all there was to play was Atari's "Pong" console). I'm not sure if the content of the page will diversify over time, and at this point it's designed to only present War Robots game-play. On the channel itself the "about" description reads: "Traditionalist Gaming focuses on content generated from selected game-play of the War Robots Multi-Player Third-Person Shooter Video Game. Narration details the specifics of combat as well as making commentary regarding various aspects of the game such as robot attributes and abilities, their weaponry, game tactics, up-leveling, and general advice."

The channel trailer is embedded below. Enjoy! And as always - Till Next Time.