Pink Floyd's "Piper at the Gates of Dawn" at 50, or, How Roger Waters Ruined the Legacy of a Great Band

I grew up listening to Pink Floyd.

Along with The Beatles, David Bowie, and the Velvet Underground, and a few others, Pink Floyd, as a band, contributed heftily to my earliest musical listening in childhood, and one may safely assume, effected a strong influence on my own artistic development in my teen years. 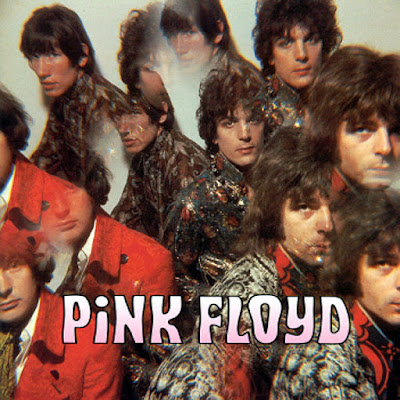 To be honest, I must confess that I came to Floyd's first album retroactively, as I was young and my father only got into the Floyd after visionary front man, Syd Barrett, had departed the line up. As a youngster I remember listening to their early albums like "Ummagumma" with awe, and I admired the risks that the group took with electronic technology which placed them eons ahead of many of their musical contemporaries. A few years later, with the release of the insanely popular "Dark Side of the Moon", the Floyd had moved from modest success as an psychedelic / experimental band, to one that held global attention on a monumental scale, and rightly so, in the wake of their success they promoted their back catalogue, and issued "A Nice Pair"; a compilation of their first two albums featuring Barrett.

What can I say, I was hooked. I viciously sought out Barrett's other recordings with Floyd - the singles, demos, bootleg live records and unreleased tracks, as well as his two solo albums. When Peel Sessions and unreleased demos from his solo period came out in the late 80's, I eagerly snatched them up. Mind you, this was all still in the age of vinyl.

But what of Pink Floyd itself? You may ask.

It wasn't that I didn't enjoy the post-Barrett recordings, quite the contrary, I really enjoyed the group, particularly when keyboardist Richard Wright harmonized with guitar player David Gilmour. To me, this vocal pairing identified "the sound" of Pink Floyd at its best. The only problem was that the bands bass player, Roger Waters, was clearly becoming the groups principle songwriter, and being the lead, their sound drifted slowly toward the sound of "Roger Waters", rather than the group sound heard on such masterpieces as "Meddle" and "Dark Side of the Moon".


Now, I know that since Water's dominance as a songwriter coincided with the band's critical and commercial success, many Floyd fans easily associated the Water's "hits" with Pink Floyd's core sound and appeal. But by the time double album excess of "The Wall" came out in late 1979, the musical contributions of the other three members were audibly being squeezed out. Wright was soon after kicked out of the band (with cause, but nonetheless), and session drummers often were in the mix with, or replacing drummer Nick Mason. Orchestra, and other personnel were added, and it is pretty obvious that David Gilmour seemed to fair the best, as far as being a foil to Water's full tyrannical regime. Though he wrote less and less, the few songs he did co-wrote with Waters, such as "Comfortably Numb", are arguably and notably the best Floyd tracks from this period.

Needless to say, Water's ego must have needed no external massaging. In his mind I'm sure Floyd's phenomenal success, was due to "his" music. They were one in the same, and so, I'm sure he soon reasoned, "Why bother with the pretense whatsoever?", and announced he'd be leaving the band. Surely, he must have thought that the other lads were quite doomed without him, and he went about cranking out his solo albums, at the same time developing an outspoken, vocal, persona in the industry. 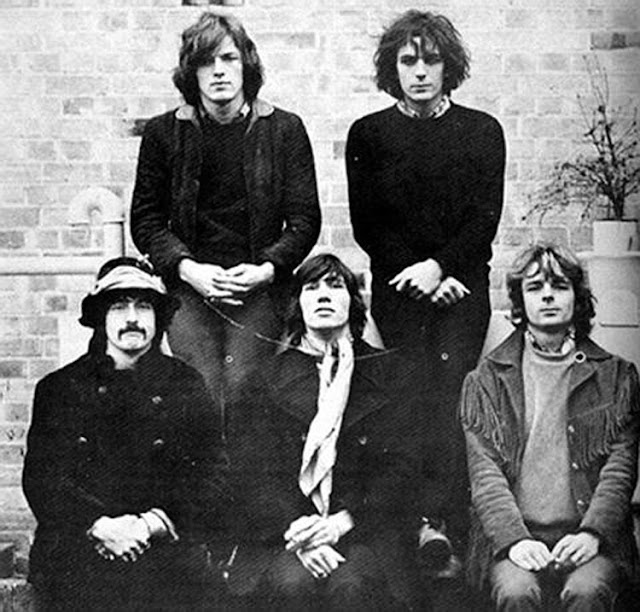 What he couldn't have foreseen was the other three remaining members re-forming and releasing new albums under the name Pink Floyd. In a typical narcissistic douche-bag move, he sued his former band mates over the use of the name, after all, it was "his" band wasn't it? Well actually, no. Wright and Barrett were founding members, and thus, the judge allowed them to use the name, much to Water's media ire.

And so, Floyd went on.They weren't as productive as in the past, or as productive as with Waters, but at least they sounded like Pink Floyd, and Water's claim to fame now relied solely on his solo outings, and his increasingly vocal far-left opinions.

As many skeptics and observers have been apt to point out in our present political climate, the fine line between once "progressive thought" and the fascistic intolerance of the left has spawned the not-apropos euphemism, "the regressive left". These neo-puritans and SJW virtue-signaling genuflectors, had become, through the 1980's to the early 2000's, extremely comfortable propounding their views and pushing their agenda on others, fueled by their imagined "righteous indignation" at the other side, who they imagined were akin to totalitarian dictators of the past. They were, and are, the underdog, with the justified cause, and this is why the left had collective nervous breakdowns in the aftermath of Conservatives winning recent elections in both the US and the UK.

To me, the self-appointed poet of "the people", Roger Waters, believes he is still on the cutting edge, but in actuality he has long since morphed into a mouthpiece for the identitarian victim hierarchy of the far-left, and like those who ascribe to this skewed mode of looking at society, he has proved an excellent model for the cognitive dissonance we often see in the political polemic of the regressive left.

I find a one recent bit of Water's hijinks in the media a perfect example that encapsulates his particular form of, no pun intended, "brain damage". Waters recently condemned Radiohead on social media for including Israel on a list of countries that they would be playing in during their upcoming tour. Perhaps he thought this group-think conformity pressure would shame Radiohead into canceling that leg of their trip, but no, Radiohead called him out, and spoke admirably about the goodness they found in Israelis, and expressed their admiration for Israeli's dogged idealism in hoping for eventual peace in the region, regardless of the adversarial nature of their opponents. Waters must have angrily tweeted all his devotees, with much bile, I assume - wholly stunned by Radiohead's audacity at not bending to regressive orthodoxy. I mean, don't we all know that the Muslim victim card "out plays" the Jewish victim card? Not to mention the female and gay cards. The only card that trumps all else to a white liberal regressive is the "black card", which apparently is SO important that they had it laminated, bronzed, and then placed on a very, very, high pedestal. 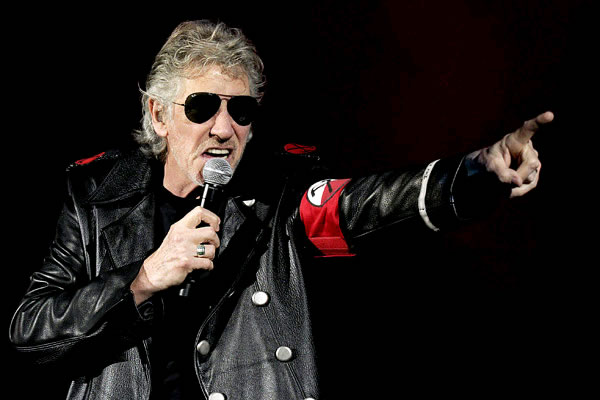 But, this riling on Jews is nothing new for Waters, and he has often droned on, not just about Israeli politics, but about Jews and Judaism, which I suspect goes beyond his politics and into his own deep-seeded generational Anti-Semitism. We see a similar phenomena in Trotskyite UK Labor Party head, Jeremy Corbyn - another leftist Jew-hater.

Confronted with Water's recurring outbursts, it does make one wonder is perhaps his megalomaniacal protagonist in the "The Wall" isn't so far off the mark. The regressive left defines their reality by identitarian politics, as do racial nationalists. Perhaps the elderly Mr. Waters has gone so far off the reservation that he has come full circle and has become Nazistic "Pink" he once touted as an example of media excess. Oh well, at least if he can never use the name of his old band again, he'll at least always have that. Sort of.

In retrospect, with Barrett and Wright having now both passed on, truly Pink Floyd is dead.

I will wait eagerly for a new Gilmour outing, or for someone to dig up one last, lost Barrett track, but in my mind, Roger Waters played a key role in that slow disintegration and killed what was Pink Floyd, at least in spirit.

Therefore, in honor of the 50th anniversary of the release of Pink Floyd's first full length album, 1967's "Piper at the Gate's of Dawn", and in light of his rampant SJW virtue-signaling Anti-Semitism, I am awarding former bassist and singer-songwriter Roger Waters with the first ever annual Gauntlet of Balthazar "REGRESSIVE RETARD OF THE YEAR AWARD".