From the Writer's Studio: How to be a "Re-Constructionist" Screenwriter 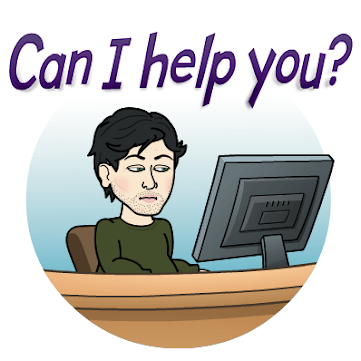 Welcome to, or back to, another installment of the "From the Writer's Studio" feature here on the Gauntlet of Balthazar.

Obviously, whether or not you are a writer, and if you've checked out posts in this category, you might have noticed that we often tackle dissecting a specific piece of media (or a franchise), and occasionally, we look at a singular aspect of screenwriting such as the story, dialog, etc., etc. Most of the time failings such as unsatisfying arc resolutions or plot inconsistencies are highlighted, and more often than not these attributes are hashed out by looking at projects where substance and architecture have been sadly sacrificed in preference for social messaging. News flash: even if making a point is your most important motivator, you might want to make a better project, so that the message will be received.

A good example of this phenomena is when the Gauntlet took a long look at Toy Story 4 and noted that for all of the inclusion of cardboard cutout feminist attributes of outspokenness and capability (which btw can also be male attributes), the writers conversely omitted giving their supposedly strong female protagonist (Little Bo Peep) an actual story arc to parallel that of her male co-star (Woody the Cowboy). The Gauntlet interpreted this as "feminist screenwriting" (regardless of whether it is created by a man or a woman) in opposition to "egalitarian screenwriting", which in philosophic premise designs to present all characters as equally valuable and essential parts of the overall story.

I think that this is what feminism (at least the first wave) was all about in the first place - equal representation and validity, rather than some kind of global Freaky Friday gender role reversal.

Regardless, over time this problem has persisted and virtue signalling reboots molded into cringe-worthy lectures are still glutting the media marketplace. In fact, who doesn't expect the worst when you hear that something like an American version of the gritty and moralistic Korean series "Squid Game" is on the agenda. Yeah, sure, they'll make the thing, but you can be fairly certain that they'll remove all the realism from it. Every comment characters made  - which in their circumstances were totally apropos in the original will be excised in the name of fear of offending a few delicate snowflakes out there. In the original the male characters often worry about having a female on their team since they don't know if the next game will be strength based. Well, that will just have to go, 'cuz the narrative is that women are just as strong, hell, even stronger than men, and to suggest otherwise is just so sexist. Newsflash, in a life or death contest, and forgoing the fact that it is only in rare instances that a woman turns out to be physically stronger than a man, this is exactly the concern those characters might have. The question becomes: do you want to write realistically, or are you writing as part of some external social post-modernist subjective agenda. 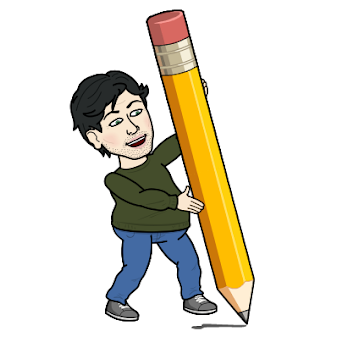 Now, clearly there are reasons to write in line with a dominant narrative. One; people that share the same narrative will relate to the writing, and two; if you are perceived as all being on the same "team" its not hard to imagine that more work will easily come your way. After all, pushing against a consensus can get you into trouble, and for all the talk we hear from celebrities "standing up, taking a chance, and being brave", we all know it when they are merely parroting an approved party line.

I personally believe that most folk, even the gatekeepers who run and work at the major distribution studios, don't really think about this sort of stuff, and are far too busy keeping their head down as to not run afoul of their own Human Resources departments, their cocktail party (and political party) associates, and of course, the mob on Twitter.

In general, here's a rule of thumb - while a vocal minority might appear larger and more powerful than it actually is, these people are not really your audience. They only tune in to find some issue they can crucify a project with on social media, and poof, they're gone.

So what are the options for you as an artist if you want to create quality work that transcends ever-shifting narrative-influenced screenplay writing. Well, over the last few years I've begun gravitating to the description "Re-Constructionist" Screenwriter for myself.

What does that mean? You ask. Well, let me explain.

One can easily look at all writing prior to the early twentieth century as "traditional". From Gilgamesh, to the Bible, to the Ancient Greeks and Romans, to Shakespeare, and even the realists and moralists of the 19th Century, these works present their very, very different narratives and stick to that style. They all understood character and story arc, even when promoting an agenda, and these works held to format so much at times that we can see Freytag's Pyramid and the Hero's Journey embodied in them to the point that you can mathematically see the plot elements fulfilling that criteria step by step.

But, then de-construction came along. Spearheaded by the Dadaists, abstraction in story structure broke the previous synthesis and followed painting and poetry into screenplay writing and film making. While many of these films from the pre-code Silent Era to the French New Wave are wonderful experiments, they reflect a film school ethos that was heavily influenced by Marxist Critical Theory, and any "artiste" worth his or her salt was a deconstructionist - not some corporate capitalist hack. While this was all fine and good for the art students, starting in the 1980's, as the neo-liberals moved from the counter-culture to the board room, this penchant for deconstructionism was dragged along, and the quest became how to play ball with the money boys while still signalling that you had "street cred", or at least art cred. 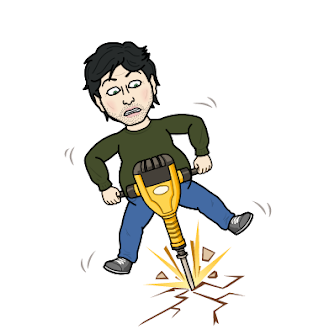 Thus, commercial Hollywood film makers who self-consciously addressed their work through this de-constructionist lens such as Paul Verhoeven, and later, the Wachowski's and Quentin Tarantino (among many others), where hailed as "smart" and "edgy", and were precursors of what we now call "meta" - the acute self-awareness of process versus suspension-of-disbelief. However, as time progressed and Marxist-inspired virtue signalling ramped up its "critical" rhetoric as social capitol, it became clear that embedding elements of identity politics in media was crucial in securing screenwriting accolades from the "powers-that-be". Therefore, placing verbally abusive dialogue in the mouth of a so-called "marginalized" character, say, a black, gay, handicapped one against say, a white, straight, non-handicapped character, became not the statement made by the character, but rather by the writer and filmmaker as an indictment of the general society. Hence, this is why a typical critique of modern entertainment over the last few years has been that the audience complains that they feel like they are being lectured to. Well, guess what? They are.

Now obviously this can't go on forever, since regardless of political narrative, art is a business - the music Business, the art Business, the writing Business, the film Business, and businesses need to eventually make money, or really, what is the point? For a while it might be okay to take a hit to propel some narrative the company wants to get behind, but eventually the checks need to be signed. Likewise, narratives change as society changes, and with western culture being effectively driven primarily by classical liberal thought since the 1960's, by leftists starting in the 1980's, and far leftists in the 2000's, this period could easily come to a close shortly and be replaced by a neo-traditionalist wave.

I personally think it is a very good place to be, or will be soon, for a "Re-Constructionist" writer. You can be critical, you can be philosophic, you can be meta, you can present diverse characters, and you can be wholly egalitarian, yet, you will know above all else that the story is more important. You will know that you are telling a good tale, with sound act structure, with complete story and character arcs, and realistic dialogue, working together to form something of true merit. The antagonists you will design will present philosophic polarities to your protagonists rather than just pitting your hero against "space" or "climate change", as seen in so many recent Science-Fiction outings, where the inherent dangers of an environment are in effect the villain of the piece. You will have your diverse cast, but it will be a manifestation of the story, not based on some kind of grand victim "checklist" that some twitter goon demanded. 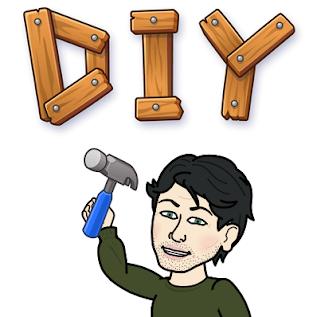 As a "Re-Constructionist" you will see the universality of motifs within multiple forms of literature and it will enable you to forge more complex adult material based on theatrical ideas that go back thousands of years. Mind you, at the start of the Dada period modern art painters like Picasso were fully capable of rendering Renaissance-like realism, but chose not to, and this was dedication to experimentation. The problem is that I doubt that many contemporary abstract artists possess the capability to produce such works, and overly rely on deconstruction to supply the infrastructure for their painting. I see this paralleled in popular music, with atonal hip-hop leading the way, and in screenwriting with preachy virtue-signalling scripts being pushed to the fore.

Don't misunderstand, what I'm proposing here isn't for a functional artist to just imitate the master works of Van Gogh, The Beatles, or a film like Casablanca, but to create work that indeed experiments, indeed has something to say, and yet, retains sound traditional structural elements. So, break down your act and scene structure dispassionately, see if you are (within reason) following Freytag's Pyramid and the Hero's Journey structure. Imbue your characters with "real" and evolving (yes, that's an arc) personalities that have something to teach the audience as they drive them toward catharsis. And don't let notions of using characters to deliver someone else's messages dictate your art.

Do all this and you too can be a "Re-Constructionist Screenwriter". I tend to think this is one of the reasons my company, Nevekari Enterprises, has won so many nominations and awards for our scripts. But hey, what do I know?

Anyway, that's about all for now. Till next time.

Email ThisBlogThis!Share to TwitterShare to FacebookShare to Pinterest
Labels: From the Writer's Studio, Nevekari Enterprises, Philosophy