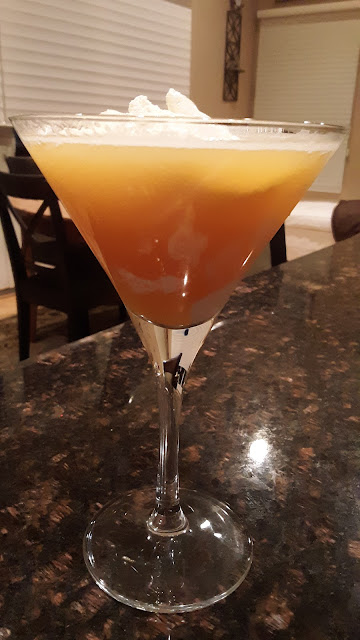 Welcome to, or back to, the mighty Gauntlet of Balthazar for another brief foray into creative mixology.

Today's cocktail is "the Ahsoka Tano" (named for the Star Wars character of the same name) and it was originally invented shortly after "the Darth Vader" in April 2021. It was obviously designed to be part of an ongoing theme, but silly me, the original recipe was lost. Regardless, I decided to post it with as much of an approximation as possible, so here it goes:

I ounce of Ketel One or Tito's Vodka

I ounce of Simple Syrup

Shake and Serve in a Martini / Cocktail glass

I have to say it is quite good, and man does it look like the character it was created as a homage to.

Anyway, enjoy, and as always, till next time.

Email ThisBlogThis!Share to TwitterShare to FacebookShare to Pinterest
Labels: Mixology