From the Writer's Studio: "I Am Charon" - A Collection of Short Stories 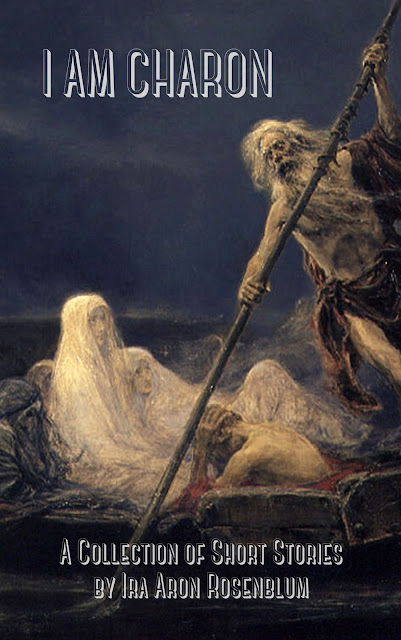 Hey everyone, welcome to, or back to, the impecunious yet opulent Gauntlet of Balthazar, for a brief announcement regarding a new literary outing that will be uploaded piece-meal to Wattpad.

The book in question is titled "I Am Charon" - A Collection of Short Stories by Ira Aron Rosenblum. The first tale was posted on Friday, January 14th, 2022, and will be followed by additional stories every Friday, as opposed to other works - which will drop on Tuesdays. I imagine that when I run out of back catalogue it may encourage me to pen some new stories just to keep the project growing. But we'll see.

Anyway, the "Story Detail" Page on Wattpad describes the book as: "I Am Charon" is a collection of Dystopian, Horror, Science-Fiction, and other short stories penned by multi-nominated and award-winning screenplay writer Ira Aron Rosenblum. A number of the tales included in this collection date back well over twenty years, and many have been utilized as the narrative voice in short films while others have surfaced in series episode scripts that have been developed by Nevekari Enterprises. The first post is The Dark Wood which became a Nevekari Enterprise's Short Film in 2017, and it will be followed by other tales which address such issues as: liberty, freedom, conformity, collectivism, cultural memory, isolation, surveillance, sovereignty, authoritarianism, and of course, death.

Email ThisBlogThis!Share to TwitterShare to FacebookShare to Pinterest
Labels: From the Writer's Studio, Nevekari Enterprises, Publishing