Independence Day 2017: the Remarkable Delight of the Left's Torment

Like many around the world, (I assume) I tend to peripherally reflect on "big picture" political and cultural elements on the occasion of most national or religious holidays, and this July 4th was no exception. Amid the cakes, meats, and beer, and the sun, sand and outdoor hi-jinks, one cannot fully push thoughts of identity, and national pride, or lack thereof, in our heart and in the hearts of our fellow countrymen, out of our minds.

I'm sure that this sentiment occurs to citizens in every nation on earth, and always has. In fact, it's not particularly difficult to picture the average peasant-farmer grumbling under his breath; "Things were so much better under Ghenghiz Khan than under Kublai Khan", and I expect this was indeed voiced by someone who was otherwise a loyal citizen of the Mongol Empire, as well as in every other historical period and in every national culture. Regardless, this is perhaps all the more so in light of the last seven months, i.e. the Trump presidency, which appears to be among the most vociferous periods in America's political history.

According to a recent poll published by Fox News, just over half (51%) of Americans asked stated that they are proud of the United States today. That number mostly held steady since last June, but it’s down from a high of 69% in 2011. Conversely, 45% of voters declare themselves as "not proud". By a 25-point margin, Republicans (64%) are more likely than Democrats (39%) to say they’re proud of the US. 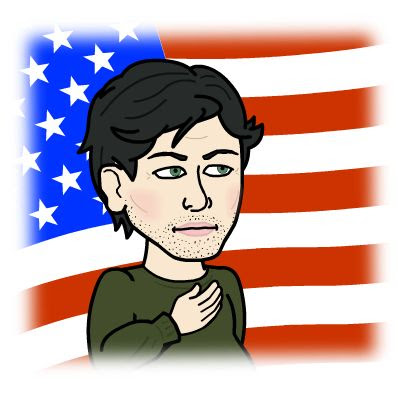 I personally find this information completely predictable, and while many might attempt to attribute this split to partisan divisions, I believe that this party skew in regard to pro and anti civic-nationalism probably extends back to the Civil War, if not prior. In saying this I am not attempting to cast aspersions on Democratic voter's fidelity, but let's be honest, the left, and increasingly, the far left, has embraced more and more Socialist ideals. Socialism is by its nature, anti-sovereign and globalist, and thus, this belief undermines individual identification with nation, or race, in deference to the intangible inter-connectedness of "the common man and woman" around the earth. Besides, identitarian victim-narrative and class, race and gender warfare are the Alinskyite currency by which the left leverages their power over both its devotees and enemies.

But this phenomena does not end here. The true reason for leftists denial of voter legitimacy, delusions of collusion, and triggered torment since the election of Donald Trump last November, has roots that go much deeper and began when Trump himself was a small child, if not earlier.

It's common knowledge that the left has long dominated the arts, the intelligentsia, and academia, since the Age of Enlightenment. Add to it that the counter-culture radicals of the 1960's had taken their place in the system they previously attacked, they were now positioned to see themselves as the arbiters of the culture war. A conscious effort was under way by the left to co-opt the system, and to "re-educate" those who failed to see the beauty of their message. By the time the 1980's rolled around, the brain-washing was so ingrained on most college campuses, that even many present Conservatives will tell you they were Liberals at the time, falling for the party line that anyone to the right was either an oligarch, a fascist, a racist, a sexist, a religious extremist, etc., add your own additional pejorative appellation.

The pervasive influence of leftist thought so dominated the media that it slowly became radical to hold beliefs contrary to the "sensible" agenda of the Democratic Party. In the early 2000's, when the Tea Party sought to redefined the Republican Party, this allowed for a greater diversity within the Conservative branch of our Republic's tree. Meanwhile, as the Republican party broadened, the left were riding high. After all, they had just elected President Obama, and they were in the midst of plying their typical attack strategy to silence overt dissent.

In retrospect, perhaps the silence of the right was mistaken for victory by the left. Sure, there would still be Republicans, but they were a thing of the past, like the dinosaurs. Democrats could sit back and be assured that the White House would be held by them now, and for the foreseeable future.

With total victory so palpable, Democrat arrogance, and smugness, ruled the day, and the Democrats that as a conscious and unconscious signal to push their core agenda all the harder. The Social Justice War went into full effect, and identity politics became the currency and litmus that one's place in society would be judged by.

But what the DNC didn't grasp was that the GOP had been brought to heel by Republican voters. The GOP had made it clear that "their" candidate was Jeb Bush, but Republican voters said "no thanks". In fact, Bush was arguably number eight in the mix, while the DNC was fairly split between Clinton and Sanders, and told their electorate that they would make the choice for them, and they should shut up and just do as they're told. But this dictatorial timbre should be of no shock, since Socialist governments worldwide possess no great track record for holding back on enforcing their will unilaterally on their citizens. 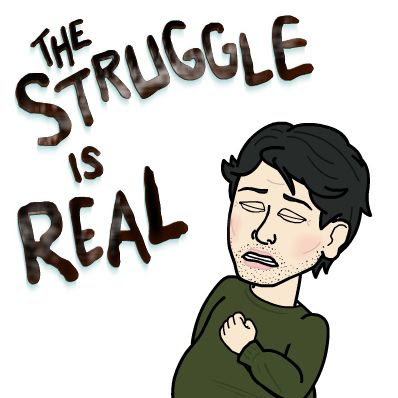 So when Madame Clinton went up against Mister Trump last year, this was not just about Democrat versus Republican, as always. This was about the visceral failure of the left's 50 year media and academic indoctrination program. In their collective mind they had already wiped out the opposition psychologically and philosophically, and up until election results started to pour in, and even after her loss, with the fore-knowledge of her long list of flaws, die-hard Dems could not conceive of this turn of events, because even their worst candidate was better than a, yuck, Republican.

The SJW meltdowns started there, and have since morphed into many manifestations. Antifa and Black Lives Matter riots, Women's marches, state voter recounts, FBI investigations, impeachment rants, and an endless 24/7 media smear campaign, all of which frankly make people who are slightly pro-Trump want to adore him all the more, regardless of his many flaws.

As the smug, self-assured faces of earnest Democrats morphed into shocked, bitterly indignant, butt-hurt sore losers, the torment of the left became all encompassing, and to those of us on the other side of the wall, we found their pain to be a remarkable delight. Watching them pull out their hair and not just accept defeat, as the other side had done, quietly, over and over through the years, made the victory all the more sweet.

In the end this was, and is, not even so much about Donald Trump. The 2016 election results, and the backlash to and fro since, was in many respects a biggest middle-finger from those who had been pushed from left to right by the dictatorship of the left itself. The disaffected hand of middle class rural America slapped the urban cultural elite so hard in the face that it shook the culture warriors to their core, rattled the corporatists, challenged political correctness, and threatened the status quo.

This is what Democracy means, and this is what happens in a culture war when one side has made its belief mandatory, and the other side believes that beliefs shouldn't be mandatory.